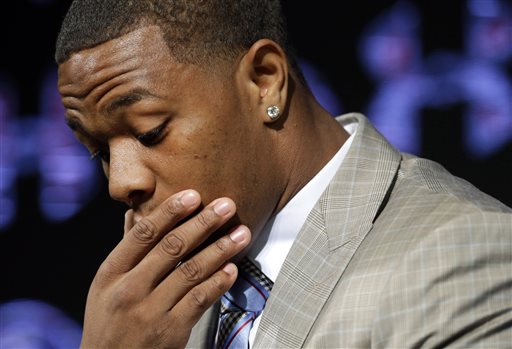 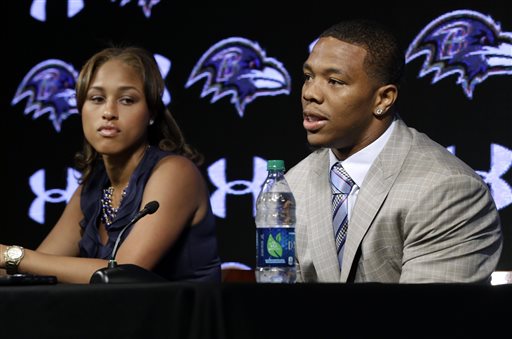 In this May 23, 2014, file photo, Baltimore Ravens running back Ray Rice, right, speaks alongside his wife, Janay, during a news conference, Friday, May 23, in Owings Mills, Md. (AP Photo/Patrick Semansky, File)

BALTIMORE (ESPN) — The Baltimore Ravens terminated running back Ray Rice’s contract on Monday, hours after TMZ Sports released a video showing him punching his then-fiancée in the face in an Atlantic City hotel elevator in February.

The team had no other comment in its statement announcing Rice’s release.

Rice’s assault on Janay Palmer, who he married in March, drew a two-game suspension from NFL commissioner Roger Goodell — a penalty so severely criticized as too lenient that Goodell recently revamped the league’s personal conduct policies covering domestic violence and assault.