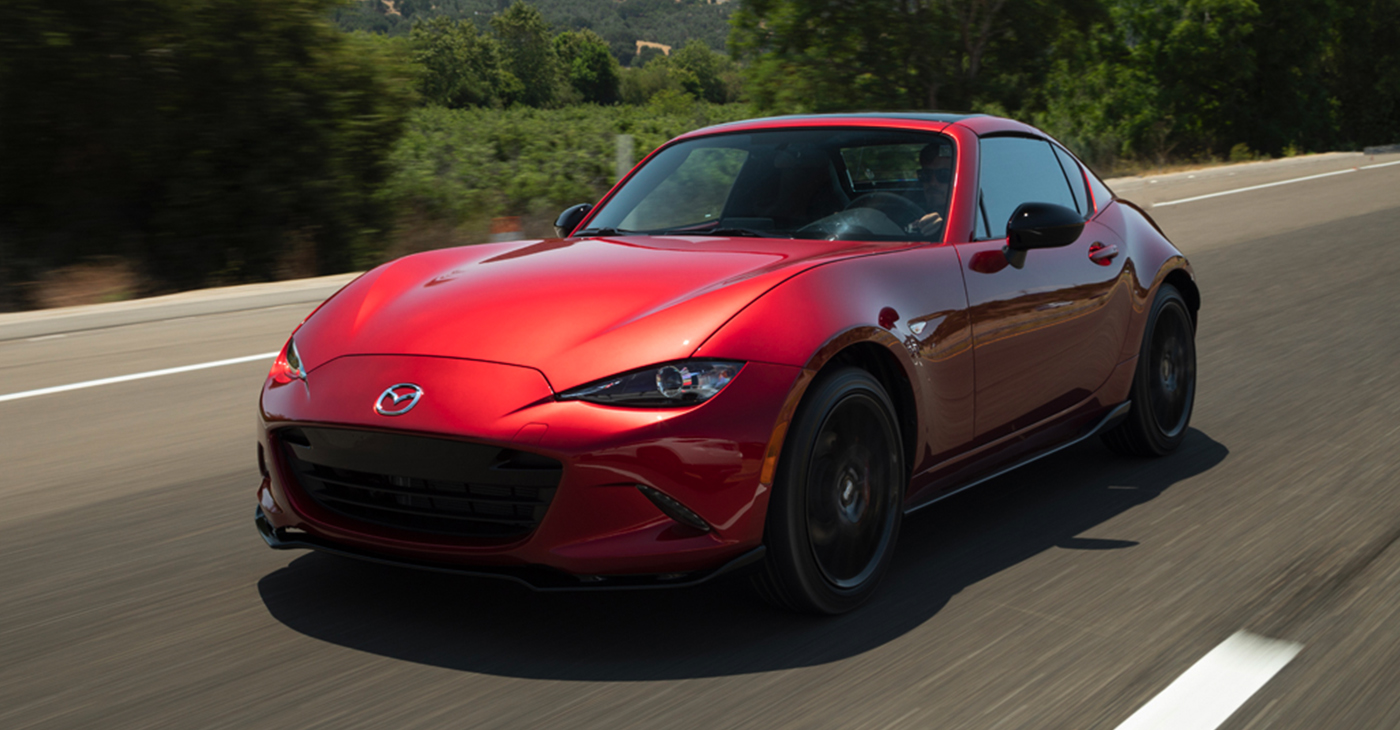 DETROIT – Thirty years. That’s how long the Mazda MX-5 has been around. It was a hit from day one and now it has reached icon status.

When Mazda tried to change the name from Miata to MX-5 diehard fans refused to go along. Many people still call it Miata, so do I. But in the interest of journalistic accuracy I’ll use MX-5 in this space.

What made the MX-5 so popular was the fact that it was a roadster and over the years Mazda has had the good sense to keep it a roadster in the best British tradition of Triumph and MG.

What that means is a two-seat light weight ragtop with a great power to weight ratio. And they’ve added a hardtop convertible for those who want to drive in cooler weather.

I had the hardtop and driving it was still a lot of fun. I had the six-speed manual; there is a six-speed automatic. I could and did skirt through traffic. The car had great acceleration and maneuverability; it was not overtly fast, but it was awfully quick. Interestingly enough I never felt like I was in a small car until I got out of the MX-5.

Still, the interior was not cramped. Shifting was easy. Other than the windows, everything was manual: the seats and the tilt telescoping steering wheel. Outside noise got in but somehow it wasn’t road noise.

The sport suspension was firm but not harsh. Cornering was great, the brakes were solid and the sight lines were good. Never did I feel overwhelmed or undersized by other vehicles. At first, I thought the steering wheel could have been a little thicker. But after a day or so I found it to be just the right size.

This is the fourth generation of the car and what they have done is bring it into the 21st Century from a connectivity standpoint. It now has USB jacks and it can stream and it has satellite radio amongst other things including Bluetooth and a navigation system. It even had heated seats.

Designers pinched the hood and grille and they now swoop down to meet the front fascia. They did the same thing in the rear. They added LED headlights and LED daytime running lights. They tightened the sheet metal and overall gave the MX-5 a much more contemporary look.

Mazda said, “The numbers only tell so much, though; power is more usable throughout the engine’s entire range, with the engine responding more quickly to every input.”

I never had to downshift to generate more power. What’s more, there was a spot at the exit of the Lodge Freeway onto Telegraph Road North. The pavement is not completely flat. There were short rolls that the MX-5’s suspension picked up. The thing I noted was that I could not feel the vibrations through the steering wheel. That’s engineering.

I had the Club RF trim package. It included a limited-slip rear differential, Bilstein dampers, shock tower brace and a black roof. The top retracted into its storage compartment with the push of a button in a relatively swift 13 seconds without intruding into the cargo area.

The coupe weighed just 115 lbs. more than the soft top. There was a rearview camera (it’s the law) and blind spot alert which is needed in a car as small as the Mazda MX-5.

Mazda calls it the Gram Strategy, save weight by shaving off a few pounds here and a few pounds there. They used more high strength tensile steel in the structure and that made the frame stronger but lighter. Weight was shaved off of the air condition system, the seats, suspension, transmission, driveshaft and instruments. The roadster weighs about 150 lbs. less than the car it replaced.