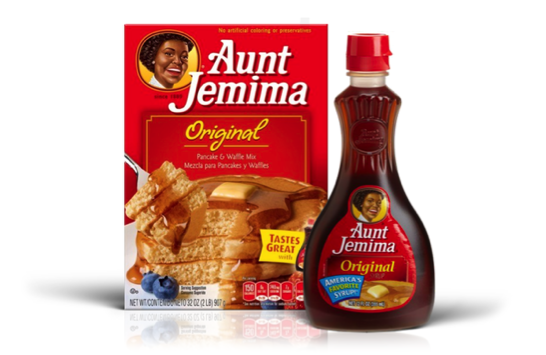 Far from the elaborate crypts at Chicago’s prominent Oak Woods Cemetery, the original Aunt Jemima lies in an unmarked grave in an area that’s more fit for the forgotten 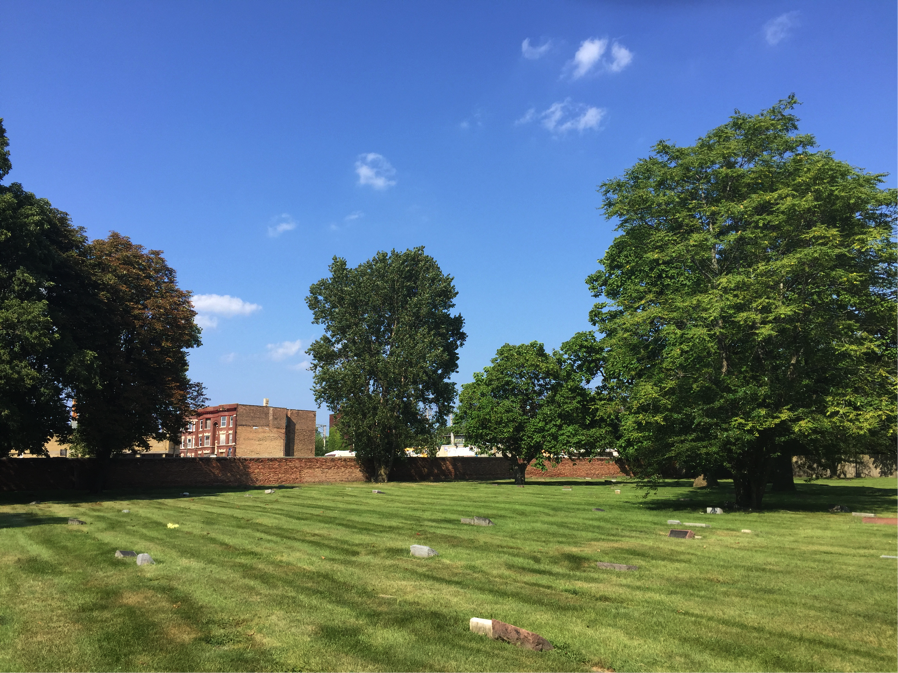 The remains of Nancy Green, the original Aunt Jemima, lie in section R3 a less attractive area in Oakland Cemetery that’s also one of the oldest portion in the burial ground. (Erick Johnson/Chicago Crusader)

By Erick Johnson
Special to the NNPA from The Chicago Crusader

Her name was Nancy Green.

Away from the elaborate tombs and ornate grave markers bearing the prominent names of national celebrities, Chicago’s upper class and Black elite, she has been buried for nearly 100 years somewhere in Oak Woods Cemetery in Woodlawn.

But for decades, no one knew where her grave was located. She never had a marker or headstone. She was born a slave, but rose to become a fascinating American success story. During her illustrious life, she was the original Aunt Jemima, whose face was on the label of millions of syrup bottles in American kitchens and supermarkets.

In life, Green had fame and fortune. But in death, she lies in obscurity. While the exquisite crypts and graves of Chicago’s first Black mayor Harold Washington; Ebony magazine publisher John H. Johnson; and Olympian Jesse Owens attract thousands of visitors, Green would remain six feet under for decades in an area more fitting for the forgotten.

Amid the remains of politicians, business moguls, sports legends, and journalists, lie a woman whose legacy may suffer from a career portraying a “mammy” archetype that many today view as demeaning to Black women.

But in her time, Green parlayed her talents to sell a product to millions of Americans at a time when opportunities were few for people of color. With her success, Green is considered an important figure in Black history.

Though without a marker, Green’s significant impact on American culture, Chicago’s rich Black history and efforts to desegregate Oak Woods Cemetery during the Jim Crow era, would fade long after the Great Depression, World War II and the Civil Rights Movement have ended. Her mysterious and humble burial would earn her fame in death that would rival the fame and reputation she gained in life.

Longtime Chicago resident Sherrie Williams said she had been searching for Green’s grave for 15 years. Fascinated by Green’s life, Williams poured through records, documents and researched dozens of addresses to find Green’s remains. Her searches would turn up empty. On the popular website Find A Grave, Green has a page, but there is no picture of a marker or grave containing her remains.

A search through the Chicago History Museum also turned up empty.  “I was getting nowhere,” she said. “It was so frustrating and discouraging, but I kept searching.”

But the 93-year-old mystery began to unfold this spring when Williams, who is also president of the Bronzeville Historical Society, discovered an old obituary in the Chicago Defender that listed Green’s death as September 8, 1923.

When Williams called Oak Woods’s front office with the date listed in the Defender, her years of frustrations finally ended. Green’s grave was finally found after 93 years. “I was speechless. I immediately drove to the cemetery to see her,” Williams told the Chicago Crusader. “I was so glad I found her.”

Green is buried in section R3, Lot 291 in one of the oldest sections of Oak Woods Cemetery. Located in the northeastern corner of the 183-acre burial ground, there are no neoclassical crypts or towering obelisks here. Most of the graves have flat headstones, many of which have been eclipsed by grass or covered with dead leaves.

Unlike Oak Woods’s serene lakes and lush English landscaping, Section R3 is close to the cemetery’s six-foot brick wall that runs along busy 67th Street and an elevated train track. The rumbling sounds of the trains and the humming sounds of car engines make Section R3 a noisy area that’s far from the tranquil, park settings of Oak Woods Cemetery.

To Williams, the unkept area was an insult when she arrived to find Green’s gravesite. Her disappointment grew when she couldn’t find the exact location of Green’s grave.

“It’s as if she was thrown away or forgotten. When I was there at the cemetery, I wanted to tell her [sic] she wasn’t forgotten,” Williams said.

Upon the discovery, Williams began a campaign to secure a marker for Green’s grave. On Saturday, May 9, she gave a presentation on Green’s life and her burial during a Black Chicago history forum in Bronzeville.

In keeping with the cemetery’s rules for Section R3, Williams’ organization plans to purchase a flat headstone for $1,600 to honor Green. Williams could secure a larger memorial that would be more fitting to Green’s legacy, but to do that would be costly. Green would have to be exhumed and re-interred in a section that would allow elaborate markers and crypts.

Although Oak Woods tried to keep Blacks out in its early years, Blacks in the 1920s and 30s would secure plots through White families and friends, a practice that reportedly helped Wells-Barnett secure her final resting place at Oak Woods. But for the most part, clandestine business practices kept Blacks from being buried at Oak Woods.

In the 1960s, Leak and Sons Funeral Home and the NAACP led a march to desegregate Oak Woods after the cemetery rejected the remains of a Black girl. Along with Graceland and Rosehill cemeteries, Oak Woods is considered to be one of Chicago’s most prestigious and coveted burial grounds.

BIRTH OF AN ICON

Green was born into slavery on March 4, 1834 in Montgomery County, Kentucky. As a young nurse, Green moved to Chicago after 1865 to work as a cook and maid for the Walker family, whose children grew up to be the late Chicago Judge Charles M. Walker and Dr. Samuel Walker, a wealthy physician who lived on the city’s North Side, according to an old article in the Defender.

According to several reports, Green was a founding member of Bronzeville’s 165-year old Olivet Baptist Church, 3101 S. King Drive. During that time, the church had 10,000 members according to church officials and several news articles.

As a domestic, Green was known for her homemade cooking and warm, affable personality. She was referred to two businessmen – Chris Rutt and Charles Underwood – who bought the Pearl Milling Company to sell ready-mixed and self-rising pancake flour.

After watching a vaudeville show that featured a character named Aunt Jemima, the two men decided to market a product based on the fictional character. After hearing of Green’s skills and personality, they hired her to help sell their product. The men gave her a booth at Chicago’s World Columbian Exposition in 1893, where Green would help sell 50,000 orders for Aunt Jemima pancake mix.

News reports said Green was such a crowd pleaser that special policemen were hired to keep the lines moving. Green was then proclaimed the “Pancake Queen” and was awarded a lifetime contract with the R.T. Davis Milling Company, which was later purchased by the Quaker Oats Company in 1926.

Green lived at 4543 S. Indiana Ave. in a 135-year old building that still exists today. According to news reports, Green died at 89 on August 30, 1923 when she was struck by a car while walking near 46th Street in Bronzeville, then known as Grand Boulevard. The driver of the car, a doctor, said he was trying to avoid colliding with a laundry truck.

Since her death, several Blacks have portrayed Aunt Jemima. Over the years, Aunt Jemima’s appearance has been altered to reflect the changing attitudes about the character. On the label, the famous bandana is gone and her hairstyle reflects mainstream tastes.

Last year, a lawsuit was filed in Chicago by Green’s heirs and descendants of Black women who portrayed Aunt Jemima, claiming they are entitled to a share of an estimated $2 billion fortune and a future share of revenue from product sales. Quaker Oats, the company that owns the Aunt Jemima brand, claims the character was never real.

Now that Sherrie Williams has finally found Nancy Green, it bothers her that Green has not been properly memorialized – and may not be. To secure a headstone, a relative or descendent must approve the marker before it’s installed. For a person who died long ago, this may seem impossible.

“I wouldn’t have a clue of where to look and where to begin,” Taylor said. “That’s an awful lot of work to track someone.”