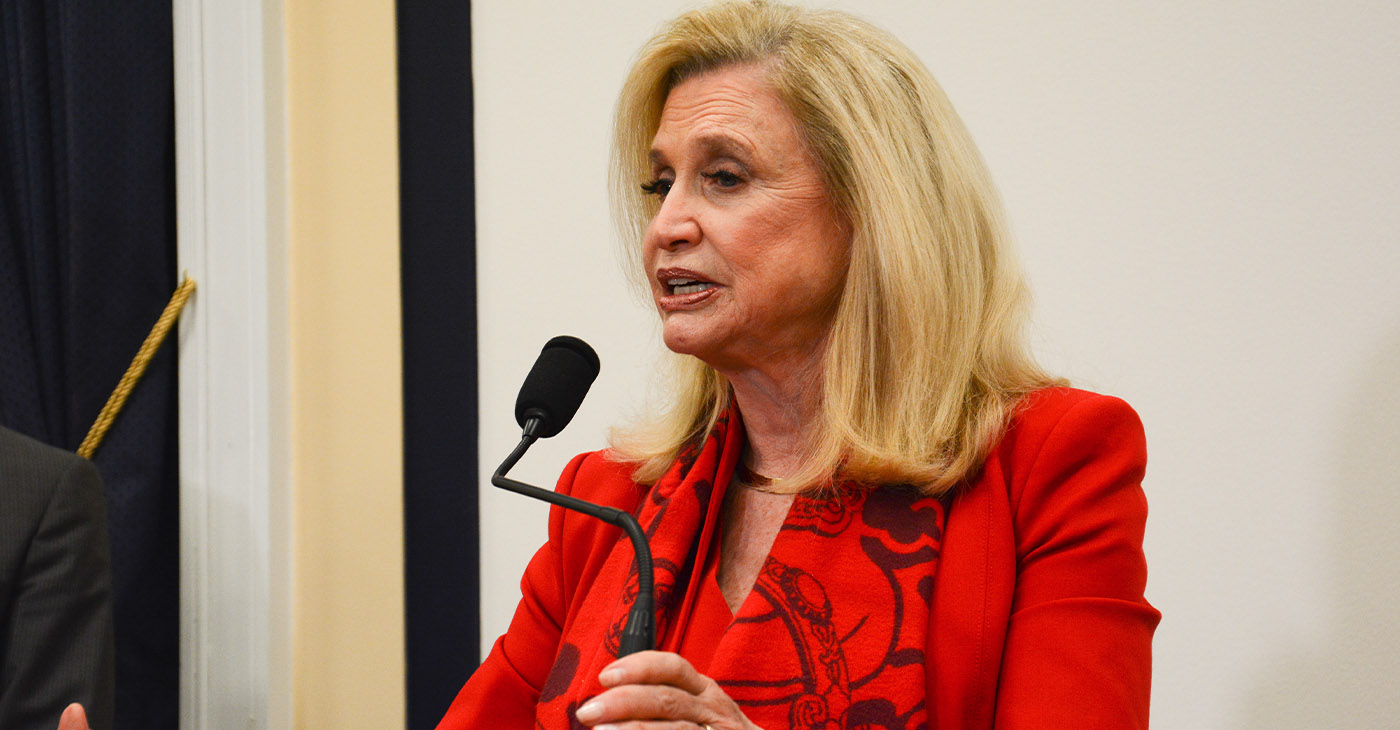 The Biden Administration promised to continue to use “all of the tools at its disposal” to address the epidemic of gun violence. (Pictured: Rep. Carolyn Maloney [D-NY])

A congressional oversight committee has planned a hearing to examine the role of the firearms industry in America’s gun violence epidemic.

In June, President Joe Biden celebrated the passage of the Bipartisan Safer Communities Act, which he called the most significant gun violence reduction legislation to pass Congress in 30 years.

“Make no mistake about it, this legislation is real progress, but more has to be done,” Biden declared.

It also ensures that individuals convicted of domestic violence can’t buy a weapon for at least five years.

After most mass shootings, social media fills up with posts about thoughts and prayers from lawmakers and others.

Biden appeared to recognize that in his speech Monday.

“Will we match thoughts and prayers with action? I say yes, and that’s what we’re doing here today,” Biden declared.

The Biden Administration promised to continue to use “all of the tools at its disposal” to address the epidemic of gun violence.

“With more than 300 mass shootings in the United States so far this year, and gun violence now the leading cause of death of children in America, it is clear that we are in a public health epidemic,” Maloney stated.

The letters requested information on the sale and marketing of AR-15-style semiautomatic rifles and similar firearms, including revenue and profit information, internal data on deaths or injuries caused by weapons they manufacture, and marketing and promotional materials.

On June 8, 2022, the committee held a hearing with survivors and affected family members from the mass shootings in Uvalde, Texas, and Buffalo, New York.

On July 7, following the Independence Day shooting in Highland Park, Illinois, Maloney sent letters to the CEOs of several gun manufacturers requesting their appearance at a committee hearing on gun violence.

“Our hearing will examine the role of gun manufacturers in flooding our communities with weapons of war and fueling America’s gun violence crisis,” Maloney continued.

“It is long past time for the gun industry to be held accountable for the carnage they enable and profit from.”