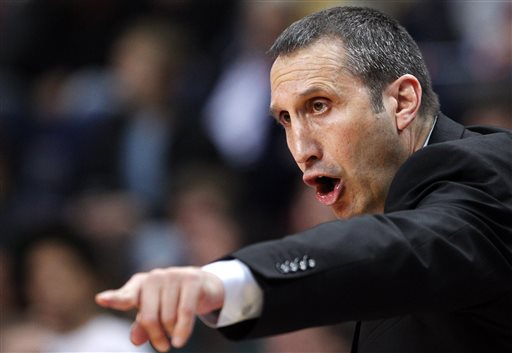 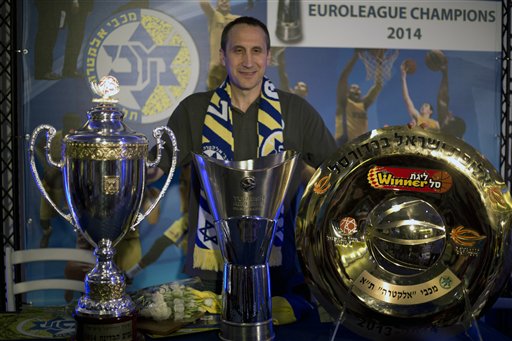 CLEVELAND (AP) — The Cavaliers’ lengthy coaching search could be nearing its conclusion.

Cleveland offered successful European coach David Blatt its coaching job Thursday night and is discussing a contract with him, said a person who spoke to The Associated Press on condition of anonymity because the team is not commenting.

After an exhaustive, five-week search, the Cavs zeroed in on Blatt to make him their third coach in three years.

The 55-year-old Blatt recently resigned as coach of Maccabi Tel Aviv, this year’s Euroleague champion, to pursue his dream of coaching in the NBA. He was coveted as an assistant by Minnesota and Golden State.

Blatt, who was born in Massachusetts and played at Princeton, is regarded as one of the game’s best offensive strategists. Cavs general manager David Griffin set out to find an offensive-minded coach after the club fired Mike Brown on May 12.

Blatt’s possible hiring comes just a week before the Cavs will pick first in the NBA draft. Cleveland’s options with the top overall selection may have been reduced with the stunning development that Kansas center Joel Embiid will have surgery to repair a stress fracture in his right foot. Embiid was one of three candidates — Andrew Wiggins and Jabari Parker are the others — being considered by the Cavs.

Embiid’s agent, Arn Tellem, said the 7-footer won’t participate in any additional workouts or attend the draft in New York. Embiid was given a thorough exam last week by the Cavs, who had Wiggins in on Wednesday and are scheduled to visit with Parker on Friday.

The Cavs embarked on their exhaustive search after Brown — re-hired last summer by Cavs owner Dan Gilbert — was fired for the second time following a disappointing, playoff-less 33-49 season. One of the league’s youngest teams, the Cavs never gelled under the defensive-minded Brown.

Gilbert reportedly tried to lure Kentucky coach John Calipari, but he signed a long-term extension at the school.

Blatt emerged as a strong possibility after announcing last week that he was leaving Maccabi Tel Aviv, which he guided to a stunning win over Real Madrid for the Euroleague title. Although he may not be well known in the U.S., Blatt has established himself as one of international basketball’s top coaches.

He won numerous European titles over the past two decades and led Russia to a bronze medal at the 2012 London Olympics.

Blatt has a reputation for being a demanding coach, unafraid to let a player know when he’s not performing up to expectations. That in-your-face approach might work well in Europe, but he may have to tone it down in the NBA, where high-paid players can be tougher to motivate.