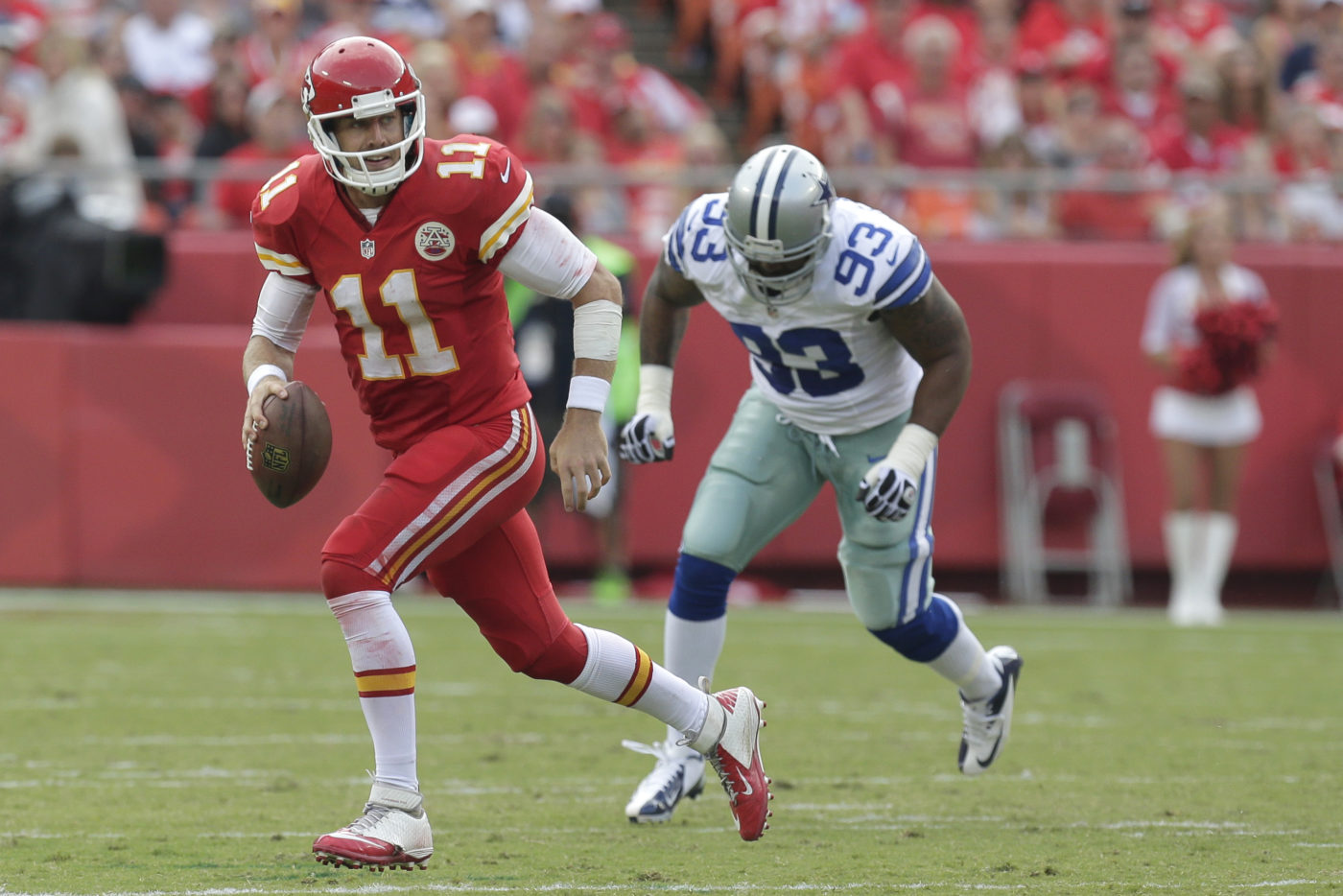 Kansas City Chiefs quarterback Alex Smith (11) looks for a receiver as he is chased by Dallas Cowboys defensive end Anthony Spencer (93) during the first half of an NFL football game at Arrowhead Stadium in Kansas City, Mo., Sunday, Sept. 15, 2013. (AP Photo/Charlie Riedel)

(Yahoo! Sports) – Kansas City coach Andy Reid is confident his organization will figure out a way to lock up quarterback Alex Smith.

Honestly, it is not like the Chiefs really have a choice.

San Francisco traded Smith to Kansas City for a second-round pick in 2013 and a conditional pick in 2014 that became a second-rounder once the Chiefs won eight games last season. The 49ers were ultimately able to obtain five players from that trade. It ended up being a great transaction for San Francisco, a team that was not going to play Smith over Colin Kaepernick.

Smith is slated to earn $7.5 million this season, and will become a free agent in 2015.