Analysis: Once a Beacon, Obama Under Fire Over Civil Liberties
Advertisement 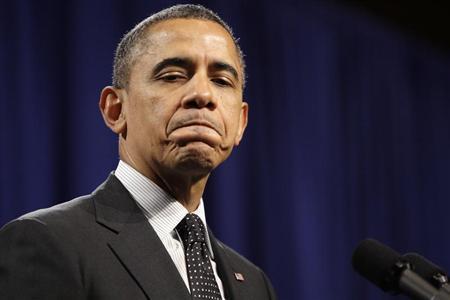 (Reuters) – He may have been the first African-American president of the Harvard Law Review and taught constitutional law at the University of Chicago. He may have written a book extolling constitutional values in a democracy. And he may have run for president on a civil liberties banner, pledging to reverse the legacy of George W. Bush.

But as U.S. president for the last 4-1/2 years, Barack Obama has faced accusation after accusation of impinging on civil liberties, disappointing his liberal Democratic base and providing fodder for rival Republicans as he deals with the realities of office.

News in the past week of the federal seizure of phone records from the Associated Press news agency and the Internal Revenue Service’s targeting of conservative Tea Party groups, has intensified criticism already simmering over the Guantanamo Bay prison camp and aerial drone strikes abroad.