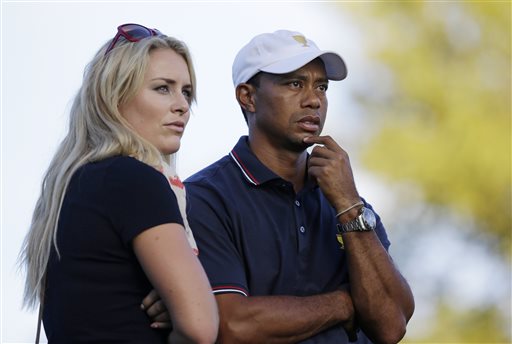 According to an anonymous source in the Enquirer:

“Even though Tiger dated Lindsey for years, he had a ‘thing’ for Amanda. At first, it was just innocent flirting, but earlier this year it became serious.”

“Amanda is gorgeous, and she’s known as a big flirt with the other players on the PGA tour,” said another insider. “I guess her flirty ways and good looks caught Tiger’s eye.”