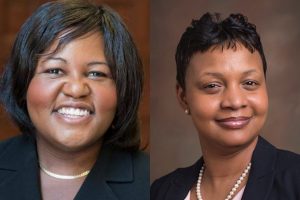 By Special to the AFRO

BALTIMORE — The Baltimore Community Foundation (BCF) is proud to announce the launch of the Black Philanthropy Circle. The Black Philanthropy Circle is a non-profit 501(c)3 donor-advised fund focused on charitable giving to nonprofits that directly support Black people and communities in the Baltimore metropolitan area. The Circle has begun its first grantmaking cycle and is accepting applications through Feb. 28, 2022.

Founded by a group of more than 30 Black business and civic leaders, the Black Philanthropy Circle was established to cultivate an inclusive philanthropic community, to build the capacity of Baltimore’s Black nonprofits, and to impact Greater Baltimore’s Black community at large. The Circle builds on a deep tradition of charitable giving in the Black community. According to a report from the W.K. Kellogg Foundation, African Americans donate 25% more of their income per year than white Americans.

Most of the founding members contributed $10,000 or more to launch the fund, which distinguishes the group from other giving circles where the typical starting contribution is around $2,500.

“The Black Philanthropy Circle is an undeniable example that Black success and wealth thrive in Baltimore,” said Shanaysha Sauls, president and CEO of the Baltimore Community Foundation. “We at BCF are proud to partner with this incredible community of changemakers, who are dedicating their time and collective resources to pave the way for a stronger, more equitable Baltimore.”

For its first grantmaking cycle, the Circle plans to award $25,000 grants to nonprofits that are Black-led or based in Black communities in the Greater Baltimore area. Grant decisions will be made by spring 2022.

The Circle will give priority to organizations with the following areas of focus:

“Supporting organizations with such areas of focus will have a significant impact on the betterment of Black communities in the Baltimore metropolitan area,” said Savonne Ferguson, Esq., co-founder of the Black Philanthropy Circle and senior vice president, chief compliance officer (mutual funds) and associate general counsel at Neuberger Berman. “This support is critical to strengthening and moving Baltimore forward.”

More than $550,000 has already been raised in support of the Black Philanthropy Circle’s mission. The Circle plans to use its launch year to continue growing the fund and its membership base.

About the Baltimore Community Foundation
For 50 years, the Baltimore Community Foundation (BCF) has connected people who are passionate about their city and purposeful in their philanthropy. BCF amplifies donors’ philanthropy with strategic grants, impact investments, special initiatives and advocacy to strengthen schools and neighborhoods. Visit http://www.bcf.org to discover meaningful giving, invest your funds wisely, and join a diverse community working for a better Baltimore.