Advancing the Dream with a Stroke of the Pen
Advertisement 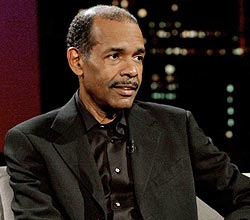 There was a lot of talk around the 50th anniversary of the March on Washington last week that Dr. Martin Luther King’s dream remains unrealized. The march, of course, was for jobs and freedom, and commentators and activists alike rightly noted that much work remains on both counts. The Supreme Court this summer struck the core of the Voting Rights Act, and the recent Trayvon Martin killing and legal battles surrounding New York City’s stop and frisk policies underscore just how prejudiced our criminal justice system continues to be.

Economically, the gap between Whites and Blacks remains as large as when Dr. King marched. The Black unemployment rate is twice that of White unemployment, while the average wealth for African-American and Latino families is $103,000, compared to $632,000 for their White counterparts. As a new study by former Census bureau officials reported last week, groups with already low income, particularly African-Americans, have seen the steepest declines in their incomes following the recession.

For all the mention of the issues still plaguing communities of color, there was markedly less discussion of immediate, concrete and impactful steps that could be taken to advance justice.

But there is something President Obama can do right now to help lift the dreams of more than 2 million people.  As Clayola Brown, president of the A. Philip Randolph Institute, mentioned in her speech, the president should issue an executive order guaranteeing that companies doing business with the federal government pay their employees a living wage.

According to a recent study by Demos, nearly 2 million private sector employees working on behalf of America earn wages too low to support a family, making $12 or less per hour. The vast majority of these workers are African-American or Latino – only contributing to the expanding racial and economic gap in this country. People who serve food in government buildings, home health care providers and the workers who clean our nation’s capital often cannot even afford the very basics, like food and rent payments.

Americans benefit from the fruits of these workers’ labor every day, and yet our tax dollars fuel their poverty and relegate them to the ranks of the working poor.

President Obama has said he will do anything within his power as chief executive to get the economy moving again. Raising the wages of federally contracted employees does just that – it is both morally right and fiscally prudent. With more money in these workers pockets, they will spend it, generating demand, investing in communities and creating jobs.

And companies doing business with the federal government can certainly afford it. A new Government Accountability Office (GAO) studyoffers figures revealing how much taxpayers bankroll the paychecks of already-wealthy executives, paying up to $760,000 – more than three times the salary of the vice president – towards the compensation of a contracting executive at thousands of companies.

The disparity between rising CEO compensation and profits and stagnant wages is one of the main reasons we have seen the emergence of new movements seeking to win the unmet demands of the original March. In recent months, low-wage workers from Wal-Mart, fast-food and federal contractors have staged unprecedented series of strikes to improve conditions for all working Americans.

Tired of an economy that only works for the powerful and the wealthy, this new generation of marchers are taking courageous action because pay is too low, part-time hours aren’t cutting it and they can’t afford the basics such as housing and health care without relying on public assistance. Many are calling for a living wage of $15/hour, which when adjusted for inflation, mirrors the $2/hour demand the organizers of the 1963 March made. Today, workers fight because the Dream is still not a reality for them.

It’s rare that any commemoration or speech offers hope of engendering instant social change. But the president can use this 50-year anniversary as an opportunity – an opportunity to take decisive action to advance racial and economic justice and an opportunity to sign an executive order that would raise standards for millions of low-wage employees working on behalf of our country.

If Dr. King were living today, I believe he would demand as much. And for the sake of our economic security and the preservation of our national ideals, the president should meet that demand.

Joe Madison, a former board member of the NAACP, is an activist and host of “The Joe Madison Show on SirusXM Satellite Radio.

Child Watch: All Children Deserve Teachers Who Care About Them