Abandoned Church Will Be Tranformed Into Vibrant School
Advertisement 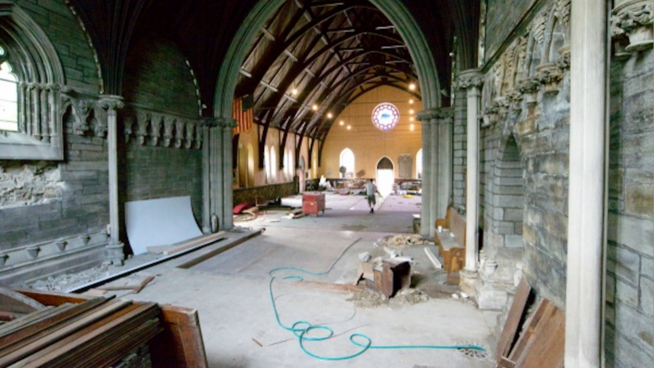 Salvage work is currently underway at St. Peter’s Episcopal Church, which will soon be home to the Waldorf School after sitting vacant since 2005.

With financing in place and zoning approval obtained, work is underway to transform a vacant Germantown church into a private school.

Developer Ken Weinstein has purchased the former St. Peter’s Episcopal Church, located at the corner of Wayne Avenue and Harvey Street, and is beginning restoration on the site. The two-acre grounds will become the new home to the independent Waldorf School of Philadelphia, currently located in Mt. Airy.

On Friday, Weinstein told NewsWorks that he took acquisition of the site in June at a price tag of $435,000. His organization, Philly Office Retail, will lease the campus to the school for at least 10 years, beginning in 2014.