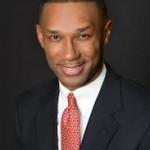 As I spent Sunday listening to everyone pontificate their theories about how White racism led to George Zimmerman’s acquittal, it struck me how yesterday’s and today’s protests are – a dollar short and a day late.

Saturday night after the verdict was read, hundreds of Black people gathered in the front of the Florida Governor’s Mansion to protest the outcome. Several of our best-known “leaders and pundits” hit the media outlets to express their outrage; and many of us Tweeted/Facebooked/Instagrammed ourselves to sleep – seething in disbelief.  Even our dear president decided to proffer an official statement safely expressing his concern at the outcome.  But why all the protests now?

Why weren’t these people standing in the front of the Governor’s Mansion raising hell when the state of Florida educated a young woman for 12 years in its public school system who admitted she couldn’t read cursive? She was the prosecutor’s main witness. And we wonder what led to the verdict? It’d be tough for even an all-Black jury to give her testimony any credence.

Why wasn’t there a crowd on the steps of the Miami-Dade School Board building protesting the fact that Black and Latino boys are nearly four times more likely than their White counterparts to be suspended from school for the same infraction?  After all, if Trayvon hadn’t been suspended from school, he wouldn’t have been in Sanford, and therefore couldn’t have been killed there that night.

Why didn’t our anointed “leaders and pundits” use their media platforms to protest the disparity in funding to HBCU law schools — the very institutions that have historically ensured the country a robust supply of African American lawyers to fight the very injustices we complain about?

I heard countless commentators point out that a White judge presided over the case and the team of lawyers trying the case were all White. But they failed to call-out the historical and continued funding cuts to schools, such as the Florida A&M University School of Law, that are responsible for creating diversity in the justice system. No Black lawyers equal no Black judges, which means the continued disparate treatment our “leaders and pundits” all described in the media the last several days shouldn’t be a surprise.

Why has Mr. President not issued a statement directing his Education Secretary to (a) reverse the funding decline to HBCUs, and (b) immediately restore pre-2011 student loan credit guidelines, which has made it really difficult for Black families all over the country to provide a college education for their children?

If these attacks on education are allowed to continue, we will certainly see more incarceration disparity because, as we all know, an uneducated people will have higher levels of poverty, commit more crime, and receive more hefty sentences.  For the record, the Republicans in Congress aren’t responsible for the above-mentioned funding and credit check changes.

Why is it that there were hundreds of people marching on the Governor’s Mansion in Tallahassee, Fla. for Trayvon, but no one marched to protest the fact that FAMU, the only public HBCU in the state and the largest HBCU in the country, is currently threatened with loss of its accreditation?

So, while all of the media voices do a brilliant job describing the injustices meted out to our people through a racist and biased criminal justice system, I would encourage this chorus to spend a little more – no, a lot more –  time protesting the everyday injustices that inevitably lead to verdicts like the one issued Saturday night. If we are not going to protest everyday injustices such as educational disparities, I don’t see the point of jumping on the bandwagon to protest the natural result of those disparities.

My grandmother used to always tell me to be on the lookout for the people who cry the loudest at the funeral; they are usually the ones who did the least for the deceased while he or she was alive . . . .