A Different Approach is Being Considered for Type 2 Diabetes
Advertisement 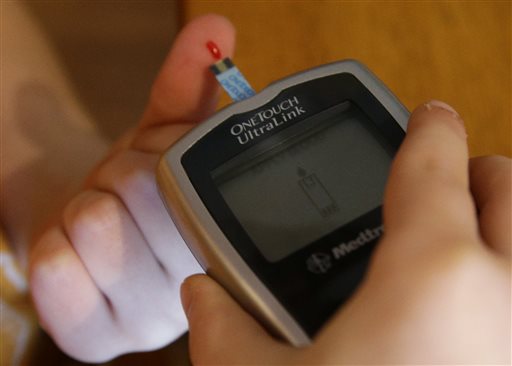 In this photo taken Wednesday, May 13, 2015, Weston Murphy, 5, who has Type 1 diabetes, pricks his finger to test his blood at his home in Plainfield, Ill. (AP Photo/Nam Y. Huh)

(Apex Tribune) – One of the most common conditions could be battled with another form of treatment, as a different approach is being considered for type 2 diabetes that may help the millions of people afflicted gain control of the life altering disease.

According to the Centers for Disease Control and Prevention (CDC), in 2014, approximately 29 million people were diagnosed with diabetes only in the United States, which makes up for 12% of the country’s entire population, and around 90% of the cases are of type 2. The costs are astronomical, and the numbers are seeing no better prospect for the future.

Researchers at the Washington University School of Medicine have worked on a different strategy of approaching the disease, and found excellent results in mice. The new treatment implies lowering the production of glucose in the liver, by shutting down a protein involved in its making. It will essentially lower the blood sugar levels, and could be highly efficient in patients suffering from type 2 diabetes.

According to lead author of the study, Brian N. Finck, who is an associate professor of medicine at the Division of Geriatrics and Nutritional Science, the strategy could prove itself effective in creating new drugs to fight the most common form of diabetes, and might pave the way to better treatments.

More Kids Getting Diagnosed with ADHD at Young Ages

Double Mastectomies for Men with Breast Cancer on the Rise