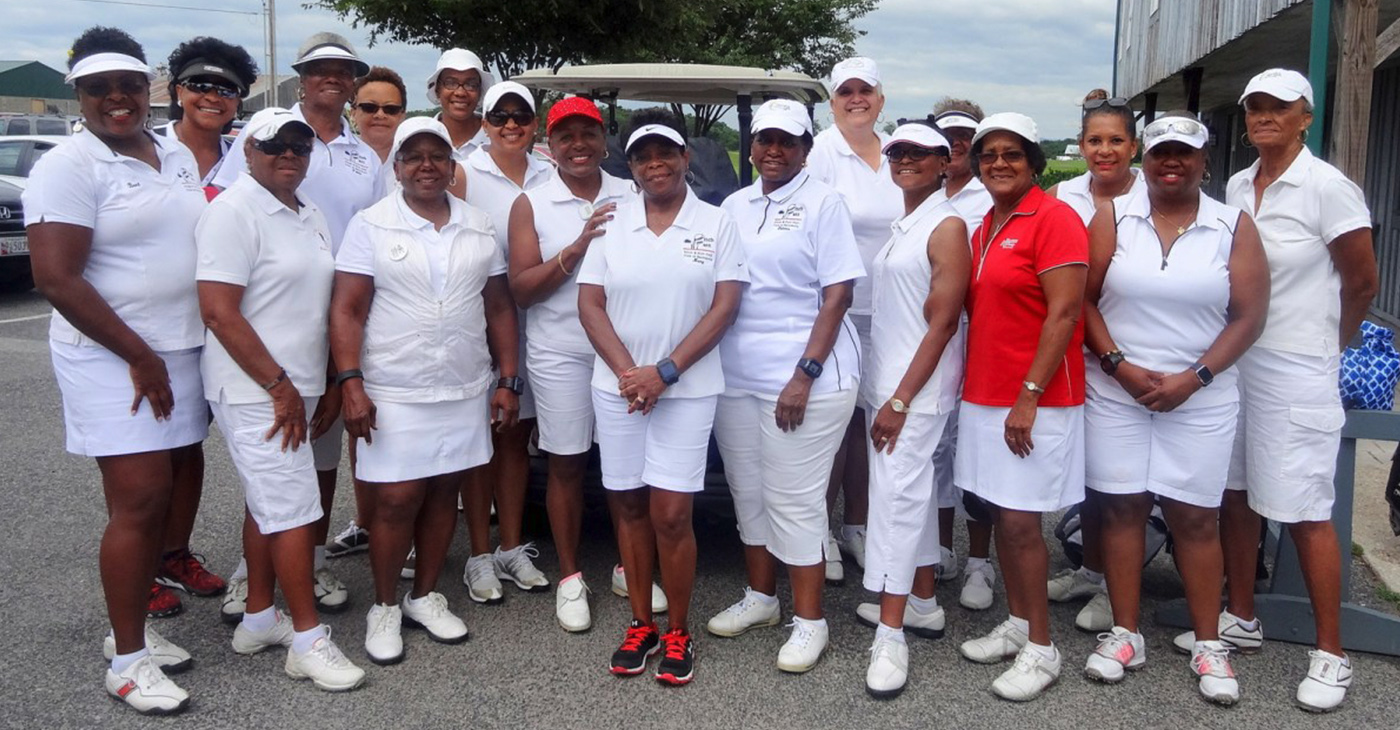 The second oldest African-American female gold organization in the United States was known as the Pitch and Putt Golf Club which originated in 1938. Today, the organization consists of 33 members ranging from ages 30 to 80. (Photo Courtesy).

The Pitch and Putt Golf Club is the second oldest African-American female golf organization in the United States, and yet, many are unaware of its historical significance.

Originally a co-ed golf club known as the Pitch and Putters, it was born in Baltimore City in 1938 during the era of separate but equal. Eventually, the men split up from the women, joining the Monumental Golf Club and the Colonial Golf Club.

“At this time, during 1938, you can imagine just to think of women playing golf was incredible, but we were only allowed to play at Carroll Park,” said Stephanie Williams, president of Pitch and Putt Golf Club.

This admission was only granted in 1936 after the Monumental Golf Club challenged the city of Baltimore for years with a lawsuit and newspaper article campaigns to protest the segregation of golf courses.

Even when they gained access to the Carroll Park Golf Course, the women were only allowed to play on Mondays, Wednesdays and Fridays from 10 a.m. to 2 p.m. They were also only able to practice their short game on sandy fairways with little grass.

In 1942, an all-White jury determined that the substandard conditions of the course did not uphold the separate but equal doctrine, so Carroll Park was renovated. Once complete, it was known as the Negro golf course.

It was not until 1951, that all of the Baltimore City golf courses were open to all residents regardless of race.

Today, Pitch and Putt Golf Club has 33 members ranging in age from 30s to 80s. Carroll Park Golf Course still serves as a home base for the women, and they travel to golf courses in Maryland, D.C., Virginia and Pennsylvania semimonthly from April to October.

In recent years, membership committee chair Brenda Goburn-Smith spearheaded a project to memorialize the efforts of the African-American golfers who fought to gain access to Baltimore City golf courses. The Pitch and Putt Golf Club raised over $12,000 for the undertaking.

On Feb. 1, just in time for Black history month, an exterior brick monument was unveiled at Carroll Park Golf Course to commemorate the golfers’ contribution to desegregation.

“We stand on the shoulders of the fierce women and men who persevered to make it through 84 years of existence,” said Williams. “This monument is a testament to the obstacles our founders endured to open access to this game we love for all of the citizens of Baltimore.”

Williams attributed the club’s enduring existence to the women’s love of the game. They constantly promote the sport and try to change people’s perspectives that it lacks excitement.

She hopes that Pitch and Putt Golf Club will continue to grow and continue to support scholarship funds for female students graduating from Baltimore City public schools.

“With perseverance, I think things can happen, as long as you stay focused on your end goal,” said Williams. “I think that’s why we were able to stand 84 years later as a striving club and able to give back to communities in hopes of bringing more young people into the game of golf.”