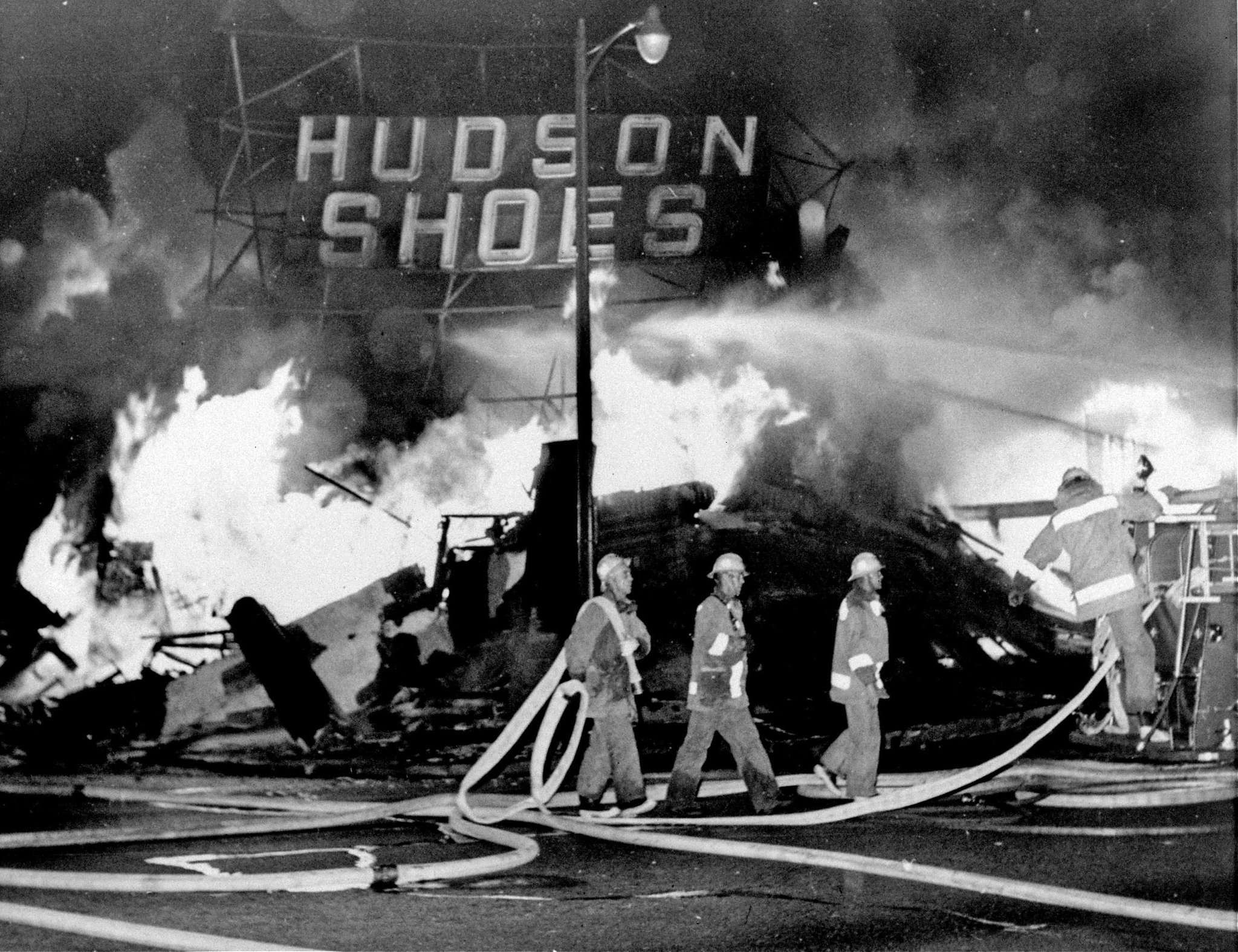 The Watts district of Los Angeles during the unrest of August 1965. (AP Photo)

(New York Times) – On Aug. 11, 1965, a California highway patrolman in the Watts section of Los Angeles pulled over an African-American man, Marquette Frye, for drunken driving. When another officer began hitting Mr. Frye and his mother, who had rushed to the scene, onlookers started throwing stones and bottles.

The unrest escalated to looting and burning. In response, the police cracked down on the black community at large. When the violence ended a week later, 34 people had died and more than a thousand were injured, a vast majority at the hands of local police or the National Guard.

Many public officials and local residents were “shocked” by the showing of black anger. Gov. Edmund G. Brown Sr. flew home from vacation immediately, informing reporters that “nobody told me there was an explosive situation in Los Angeles.” The journalist Theodore White wrote that blacks in Los Angeles were “treated better by their white fellow citizens than in any other city in the nation.”

But what white Angelenos found surprising, blacks knew all too well. For decades, civil rights activists had challenged Los Angeles’s pervasive racial injustice, even as the news media failed to call city leaders to account for unequal schools, police brutality and housing and job discrimination. In the wake of Watts, the Rev. Dr. Martin Luther King Jr. cast the surprise of public officials as dishonest. “In my travels in the North,” King had become “disillusioned with the power structures there,” whose representatives “showered praise on the heroism of Southern Negroes. Yet when the issues were joined concerning local conditions … the rejection was firm and unequivocal.”

Recording of MLK’s 1st ‘I Have a Dream’ Speech Discovered