2020 Could be a History-Making Year for the Black Community – Will You Be Taking Part?
Advertisement 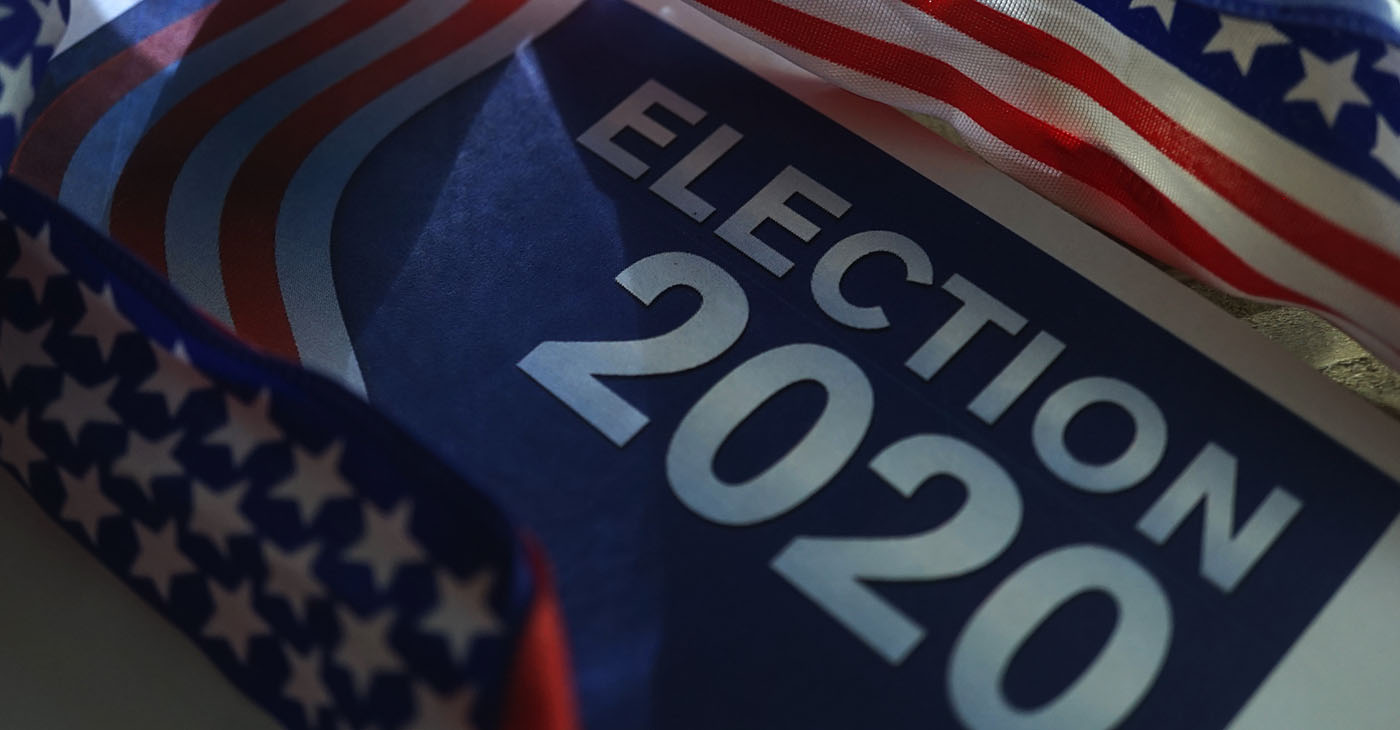 Sometimes, as a community, we can forget that the most important elected positions are in our very own backyards, not Washington DC. As Shaun King is fond of stating, “when they go low, we go local.” Yet rarely do state races garner the kind of media attention they deserve, even when they are significant milestones in our history.

This year, three African American candidates from Orlando, Miami, and Broward are vying for top-ranking law-enforcement positions, putting Florida at a major crossroads when it comes to the State’s Attorney’s race. Campaigning in a time of coronavirus is no easy task, especially when the stakes are so high. If they were all to win, it would be historical in a myriad of ways. 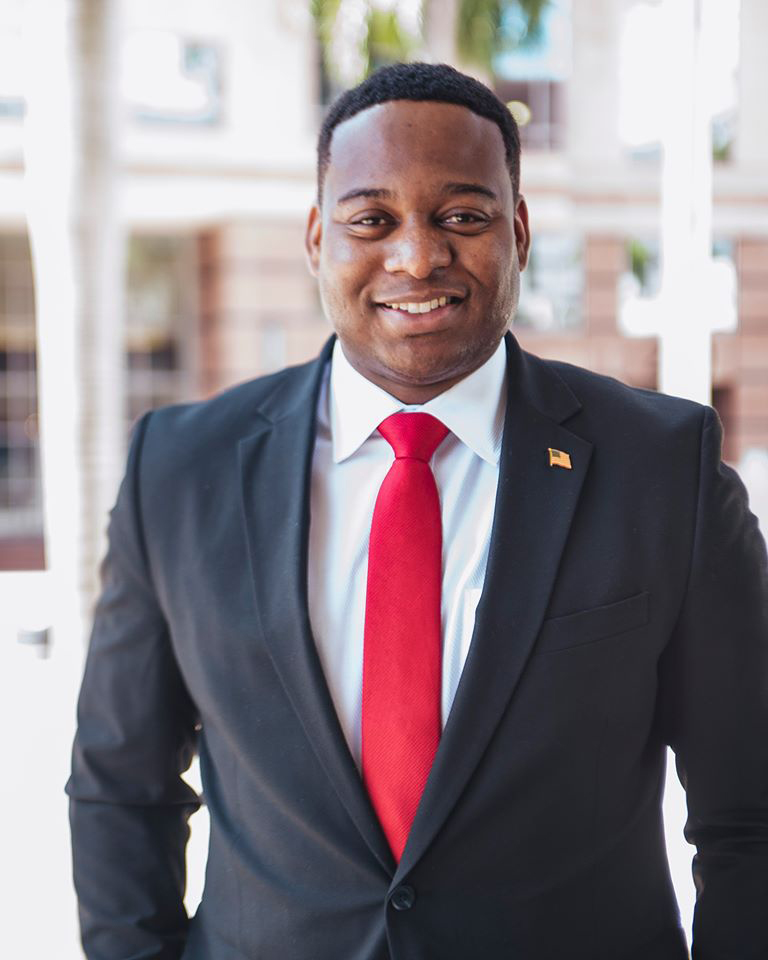 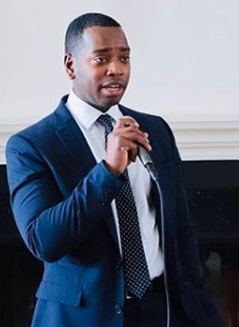 Historically speaking, African Americans have found more success on the local and legislative levels of office. Yet to date, there has never been an African American governor; or any that have served in key cabinet positions since Reconstruction, with the first African American elected to higher office in the state of Florida post-Reconstruction being  Gwendolyn Sawyer Cherry. Nationwide, over 90% of elected prosecutors are usually white, with 79% being white men.

Of course, there are prevalent reasons for this, look no further than the usual systematic suspects of oppression. People of color often struggle due to a lack of fundraising abilities, recognition, and incumbents who leverage connections within the community backed by a war-chest worth of donor money. Then, there are those few cases of our community leaders, advocates, and grassroots activists questioning black candidates’ viability in comparison to their white counterparts, especially if two Democrats are competing. Fearful of repercussions for backing another political horse from within the same party and the minuscule policy headway they may have already made. Which, in turn, creates unspoken lore of a perceived ability to destroy opponents’ careers and those who supported them. Lastly, merely overcoming everyday racism—and sadly sometimes even colorism—from potential voters makes running a truly unappealing option at times. It can, initially, be a very thankless task. 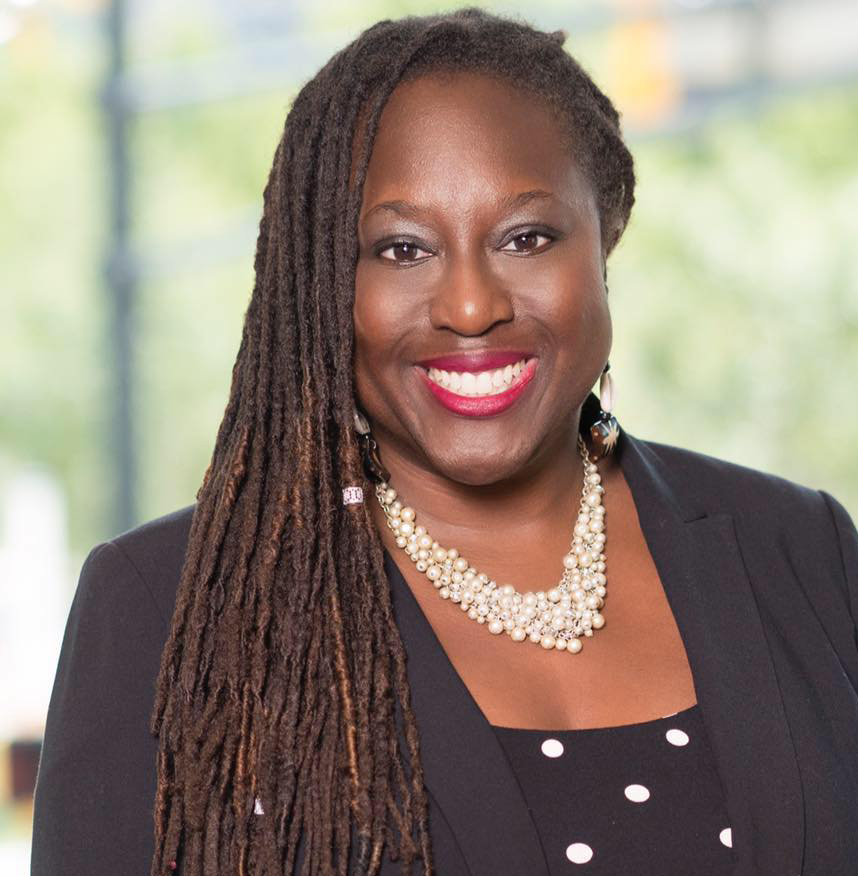 In 2016, Aramis Ayala, the first African American State Attorney in Florida’s history, was elected to the 9th Judicial Circuit (which encompasses Orlando and neighboring county of Osceola.) She successfully ran as part of a wave of progressive prosecutors—around the country—to challenge long time white officials and win. Ayala faced severe backlash for her controversial decision not to pursue the death penalty – including receiving death threats and nooses sent to her office. After only one term, she refused to run again, paving the way for her potential successor, Monique Worrell. Worrel is running on the platform of shifting the culture of prosecution while centering criminal justice reform policies. Her fresh perspective on justice comes from “an inherent belief and first-hand knowledge that our Criminal Legal System is fundamentally flawed, harming victims, tearing families apart, and failing to make our communities safer.” Paramor property developer—and former neighborhood kid—Timothy Green, has publicly endorsed her as “by far the best person for the job, I’m really excited for the community!” Her supporters include Van Jones and Allie Braswell, who have both endorsed her via social media. 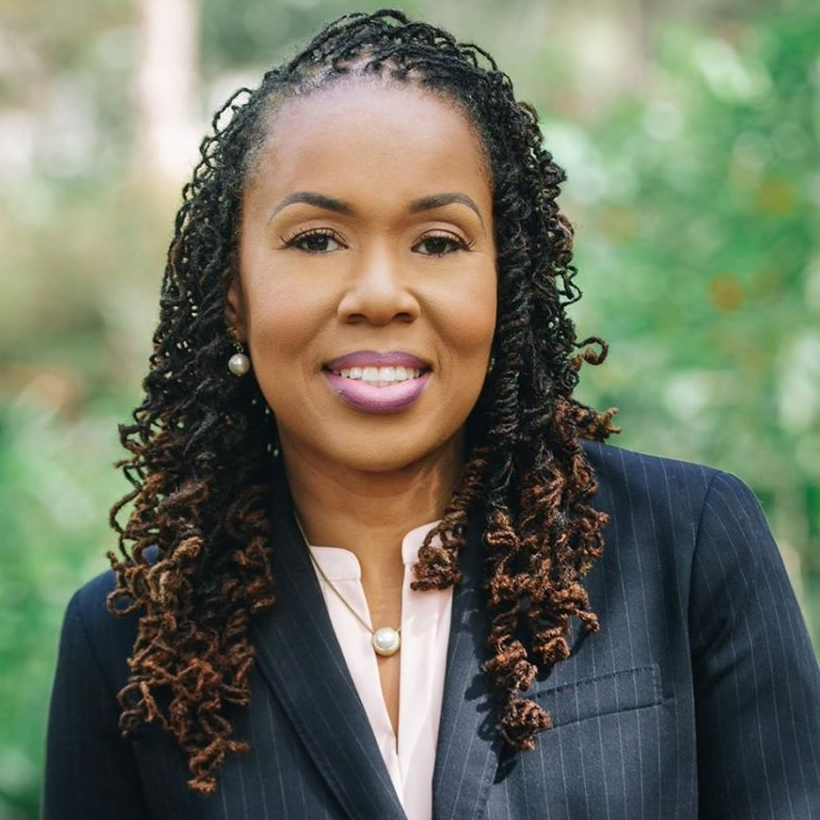 Three hours south in Broward County, Michael Satz announced his retirement in 2019 after an astounding forty years. In doing so, multiple candidates are able to fight for his position. Of note, are two African American candidates: Harold Pryor, and David Cannady. Pryor, considered the front runner by many, is a former prosecutor at the State Attorney’s Office in the 17th Judicial Circuit (Broward County). Currently, he is in private practice, seeking to prioritize violent crimes and bring about a balance of reform.  He is backed by former state Rep. Sean Shaw, who ran as the 2018 Democratic candidate for Attorney General. Cannady is serving as a prosecutor in this office and hopes his own experience as the child of an incarcerated father can help promote more holistic changes. “An ever-changing landscape of criminal justice requires integrity and transparency,” Cannady says. “These are keys to providing security, justice, and economic prosperity for the citizens of Broward County.”  He feels this “will play a vital role in helping stem the tide of school shootings, rise in veteran homelessness, and the opioid crisis. These are the important elements of 21st century prosecuting.”

One of the most watched races brewing in Miami right now, between Melba Pearson and Katherine Fernandez Rundle—Pearson’s former boss—is a Democratic rivalry that mirrors the ever-growing gap between progressives and the old guard within the party. Pearson is challenging her former highly-criticized boss Rundle, who has been in office for 27 years, for her tepid responses to high-profile police brutality cases. The most notable examples include Darren Rainey, who was boiled to death in a scalding hot shower by correctional officers, and Jesus Menocal, a police sergeant accused of sexually assaulting women and girls. No charges, in either case, have been brought against anyone involved. Progressives have long criticized (and complained to no avail) about Rundle’s repeated inability to charge police officers for killing unarmed people.

During the pandemic, Pearson is using her platform to speak out for Miami’s most vulnerable—and disregarded populations—prisoners. Miami-Dade has the second-most positive tests of the COVID-19 virus (8,131 cases and 163 deaths according to the Florida Health Department) of any Florida county. As the epicenter for infections in the state of Florida, prisons are at the highest risk. “The total population in the jail [Miami-Dade] was 4,444, and the number of folks who self-identify as Black is 2,364,”  Pearson told The Miami Times. “That is problematic because we know Blacks represent 15 to 20 percent of the county’s population. Prison officers and other public servants working within our judicial system are also at risk of bringing the virus home into our communities, which sadly are proving to be the most susceptible to coronavirus fatalities.” She publicly pushed for current State Attorney Rundle to ditch cash bail and increase physician availability, among other reforms, amid the virus outbreak in South Florida. Her platform includes prioritizing bail reform, rehabilitation programs, and finding new resources to fight violent crime. Pearson’s supporters include include grassroots organizations, victim advocates, and current prosecutors/staff of the Miami-Dade State Attorney’s Office

As of April, 15 a federal lawsuit has been filed to protect incarcerated inmates living in overcrowded and highly unsanitary conditions. To date, nearly 500 Miami jail inmates, a staggering 41 percent tested, have caught the coronavirus. Miami’s police chief Jorge Colina has also tested positive for coronavirus.

Although shameful that in 2020 we as a community still have to celebrate “firsts,” as engaged voters, we can push the tide of change forward, starting locally. We cannot continue to do the same thing and expect a different result, that’s why state and local races should be just as important to us as the national contests this year. As The Gantt Report noted back in March; “Electing a President is meaningful, but electing 2020 politicians that will vote for reapportionment plans that will pave the way for far more elections of Blacks and other persons of color is far more important.” He encouraged our communities to “cast votes in record-breaking numbers.” Now that opportunity is happening so close to home, and in such a history-making way, let’s get the word out and show our candidates some support.

[All candidates campaigns concludes on Aug 18] 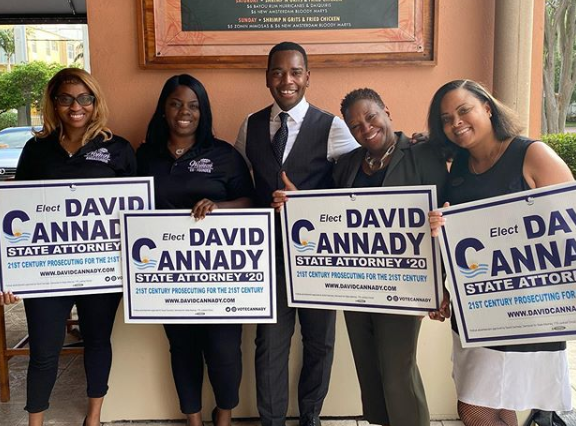 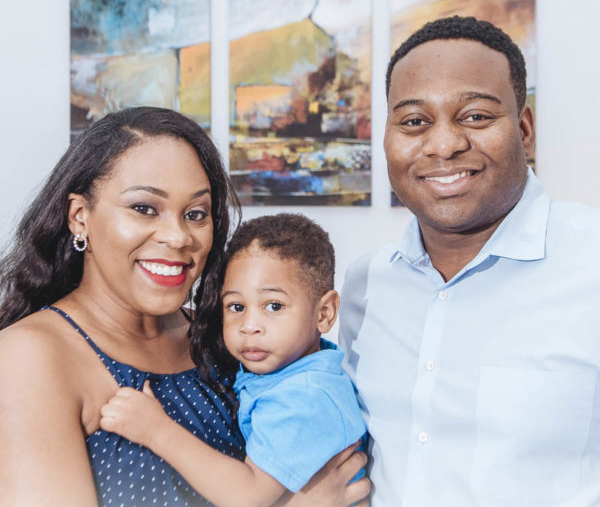 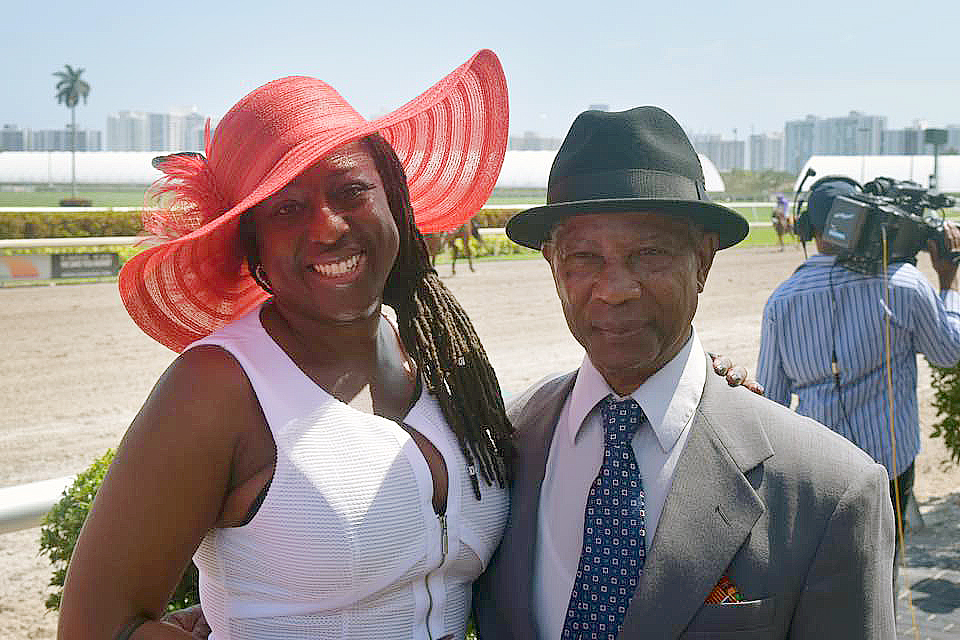 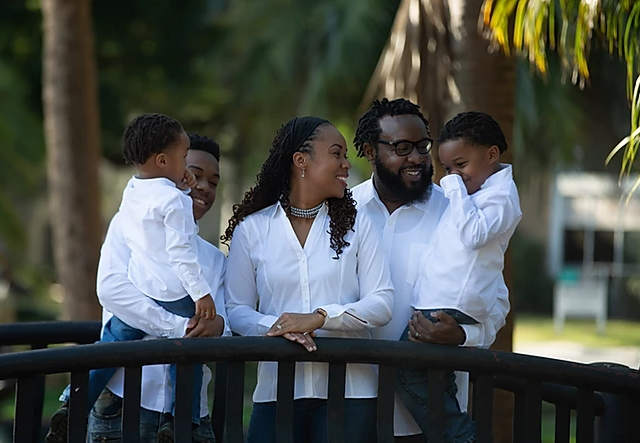 This article originally appeared in The Florida Star

Comfort Food Consumption On the Rise

IN MEMORIAM: NNPA Salutes the Memory and Legacy of Publisher Imogene McDaniel Harris