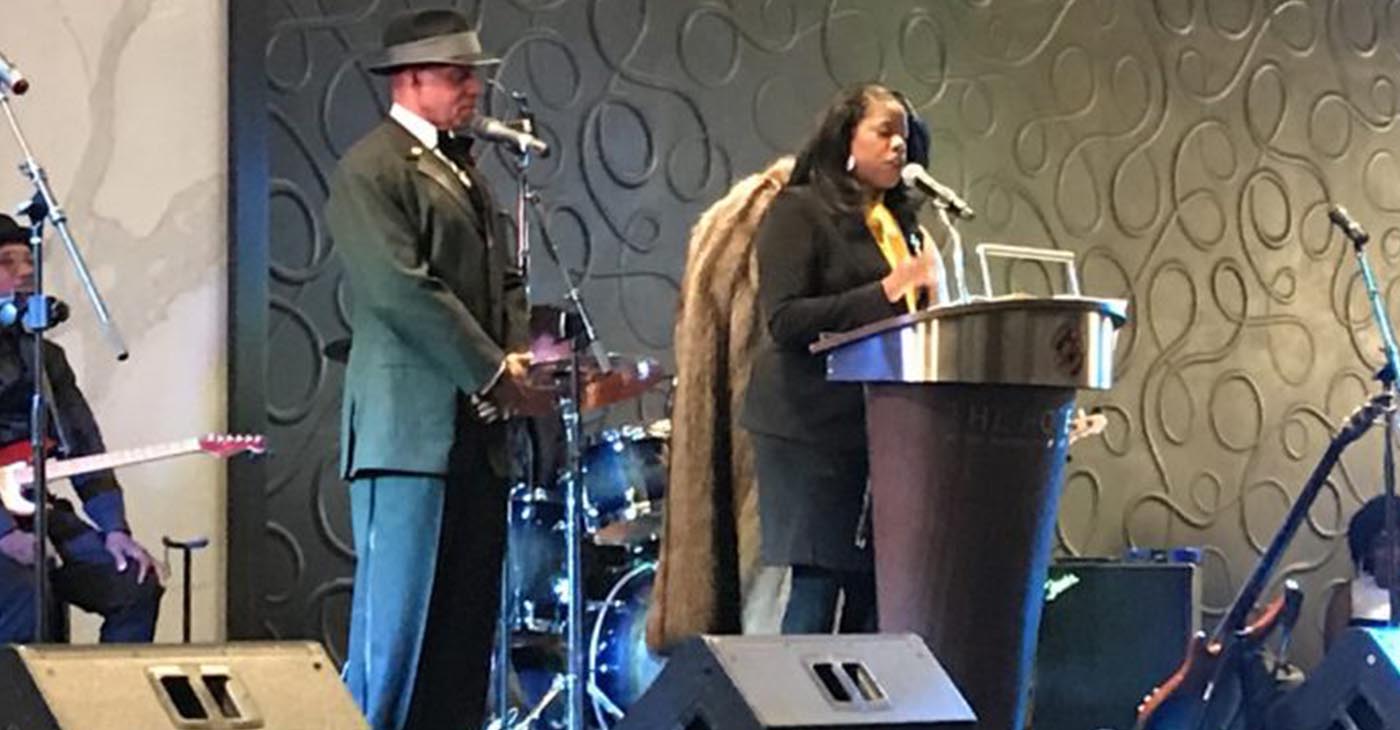 Even when women weren’t getting as much appreciation as Beyoncé’s modern day anthem, “Run the World (Girls),” with Motown, the Temptations were singing, “My Girl,” and people were “Dancing in the Streets” to the tunes of female powerhouses like Martha and the Vandellas and The Supremes.  Thus when the Zonta Club of Mid-Maryland and Yellow Rose Foundation, two organizations who work to empower women, decided to use Motown as their theme for the annual fundraiser, it was a perfect fit for the cause, underscore for the evening and a fun way to celebrate old school music and traditions all the while uplifting ladies worldwide.

Founded 100 years ago, Zonta International is a global network of approximately 29,000 professional members, who work to empower and improve the lives of women through service and advocacy.  Zonta Club of Mid-Maryland, chartered in 2016, serves the same purpose as the international organization and is in its third year of holding a fundraiser in order to further their work.

Yellow Rose Foundation is a non-profit organization established in 2017 for educational, health, scientific and charitable purposes to improve the overall livelihood of women primarily through grants, service and partnerships.

Zonta Club of Mid-Maryland and Yellow Rose Foundation collaborated to bring Prince Georgians, and those in the surrounding area, an opportunity to dine, dance and spend money on auction items, all for a good cause- women’s empowerment.

In its third year of fundraising, Zonta Club decided to go with a fun Motown theme, particularly as the music organization is celebrating 60 years of being in the business. Bellbottoms, afros, bright colors and sequins were in full effect at the fundraiser on Feb. 16 at the Hotel at the University of Maryland in College Park.  From 7-11 p.m., guests could shop local vendors, enjoy cocktails, dine with a three-course meal, bid on items, and dance the night away to Motown tunes and other funky rhythms.

Braveboy shared why taking part in the fundraising efforts for young women were so important, particularly with Zonta and Yellow Rose Foundation.

“It is still challenging in this world, being a woman, but everyday we need that challenge,” she said before quoting a famous activist and artist.  “’You can pray until you think, but unless you get up and do something, God is not just going to put it in your lap,’ and those are the words of Fannie Lou Hamer.  And she is an inspiration to all of us and we all stand on her shoulders.  She was a Civil Rights leader, a leader for women, in particular Black women, who weren’t always recognized in the Women’s Rights Movement.  And she was known for her resilience.  She was threatened, she was harassed, she was shot at and assaulted for standing up for herself, for women and for all of us.  So if she can endure that, we can endure the struggles we face today.  But it’s because of organizations like Zonta International that we’re able to do it together,” the State’s Attorney emphasized.

“We need to move forward together, and that’s what Zonta International is all about- elevating women.”

After a night of fun for a cause, money is allocated for young women in Prince George’s County and worldwide.

“One-third of the fund we send to 12 African countries (one is Madagascar where we do integrated education program) to help stop or delay early child marriage,” Zonta volunteer Maureen Braimbridge told the AFRO.

R. Kelly failed to come up with bond money