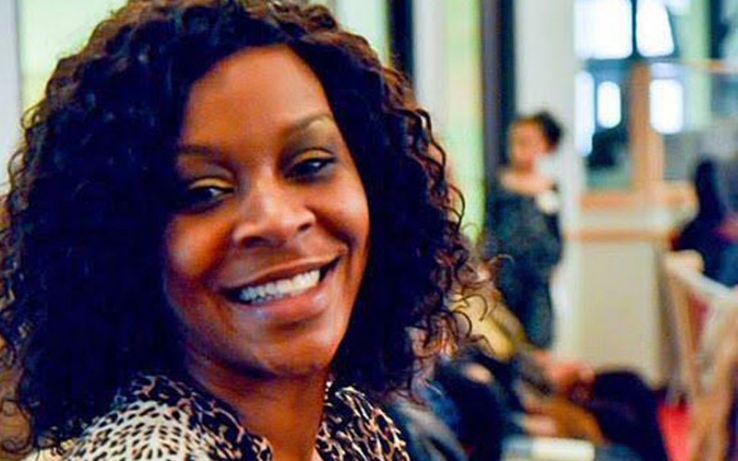 by Jeffrey L. Boney
Special to the NNPA from the Houston Forward Times

It is still unknown whether 28-year-old Sandra Bland was murdered by Waller County law enforcement officials or whether she committed suicide, but whatever the cause of death there is one thing for certain – it was a wrongful death.

Concerned citizens and community activists from all across the Greater Houston area have been up-in-arms and gravely concerned after receiving the news that Bland, an African-American female, was found hanging in a jail cell by a plastic bag on Monday, July 13th.

Authorities immediately released reports saying Bland hanged herself in her Waller County jail cell – which is about 60 miles northwest of Houston – three days after having her head slammed to the ground and being arrested for allegedly getting into a physical altercation with an officer during a routine traffic stop – Bland supposedly failed to signal a lane change.

Bland had recently come back home to Texas to take a job at her alma mater, Prairie View A&M University, and was stopped on Friday, July 10, by a Waller County state trooper. Another driver recorded cell phone video of the incident is her telling the officers she is in pain and cannot hear after her head was slammed on the ground by the male arresting officer.

The Texas Department of Public Safety (DPS) has identified the law enforcement official who made the initial traffic stop of Bland as Brian Encinia. According to state records, Encinia, 30, has served at the department for one year and one month after earning his peace officer license in June 2014 and after receiving 1511 hours of training from the agency.

This past Monday, the Waller County Sheriff’s Office released a three-hour surveillance video taken from outside of Bland’s jail cell on the morning she was found dead in her cell.

Although the video released was three hours long, the video itself only covers 9 minutes and 26 seconds of actual footage because the camera is motion-activated.

At 7:17 a.m., the video shows an officer stop by Bland’s cell for several seconds and according to investigators, Bland told the officer that she was fine. Less than an hour later, another officer – a female officer – checked on Bland and you see the officer bend down, stand up and then start running for help.

According to Captain Brian Cantrell of the Waller County Sheriff’s Office, “the jailer looked through the window and observed Miss Bland hanging from her privacy partition in her cell.”

Cantrell stated that Bland was then placed on the floor for jailers to perform CPR and then five minutes later, paramedics went in but she was already dead.

According to the Harris County Medical Examiner, her death was ruled a suicide.

So far, authorities said they see no sign of foul play, but Bland’s family and supporters don’t believe she committed suicide and believe foul play may have been involved.

“The family of Sandra Bland is confident that she was killed and did not commit suicide,” the family’s law firm wrote in a statement. “The family has retained counsel to investigate Sandy’s death.”

Pastor Jamal Bryant, of the Empowerment Temple AME Church of Baltimore, has been in Hempstead at the Bland family’s request and believes Bland was murdered.

“This was not a case of suicide, but homicide,” said Bryant. “I stand in solidarity with the family, but we have to enlarge the narrative. This issue is bigger than Sandy. There is an attack on Black people in America and it must be acknowledged and dealt with immediately.”

Waller County District Attorney Elton Mathis said the Texas Rangers, along with the FBI, are analyzing the video to make sure it has not been altered and are investigating the death of Bland.

“It is very much too early to make any kind of determination that this was a suicide or a murder because the investigations are not complete,” said Mathis. “This investigation is still being treated just as it would be in a murder investigation. There are many questions being raised in Waller County, across the country and the world about this case. It needs a thorough review.”

Mathis has asked the Texas Rangers to do extensive scientific testing for fingerprints, touch DNA and use any other valid investigative techniques in an attempt to “figure out and say with certainty what happened in that cell.”

Bland’s sister, Shante Needham, said that Bland called her from jail the afternoon after her arrest, informing her that she had been arrested for unknown reasons and disclosed the details surrounding her accounts that an officer had placed his knee in her back and she thought her arm had been broken.

According to the Department of Public Safety, Bland “became argumentative and uncooperative” during the routine traffic stop; was arrested for assault on a public servant; and that paramedics were called to the scene to offer Bland a medical evaluation, but she refused.

Video footage captured by another driver who was passing by the incident was released, which shows Bland being forced on the ground and protesting her treatment and subsequent arrest.

The public had been awaiting the release of the dash cam footage from the police car of the officer who pulled Bland over, but according to Cannon Lambert, the attorney representing Bland’s family, you can see Bland arguing with the officer and the officer pulling out his Taser.  The dash cam video was released on Tuesday.

According to Lambert, the dash cam video shows the following:

Video footage reportedly captured by a passer-by released last week appears to show Bland on the ground and protesting as she is being taken into custody.

State Senator Rodney Ellis sent a letter to the Texas Commission on Jail Standards – which monitors county jails across the state – asking for a thorough inspection of the jail.

“The family and the community deserve to know how this unfortunate loss of life occurred, whether there were any violations of procedures and protocols, and how this could have been prevented,” said Ellis.

U.S. Congresswoman Sheila Jackson Lee stated that she was contacting the U.S. Department of Justice to ask officials to look further into the death of Bland.

“Hopefully we will be pursuing this to get an understanding how this young lady lost her life,” said Jackson Lee.

Several community activists, ministers, students and concerned citizens have been holding protests, rallies and marches in the area and more are planned.

In the meantime, DPS has said the officer who stopped Bland violated traffic stop procedures and department policy and is on administrative leave pending the outcome of the investigation.

The family is awaiting the results of an independent autopsy and the results of the investigation surrounding the death of their loved one – Sandra Bland.

The Houston Forward Times will continue to follow this story and provide updates as they arise.