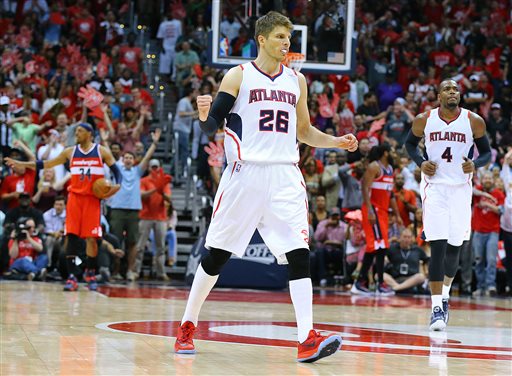 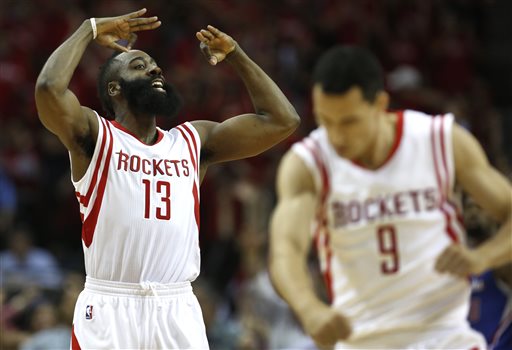 Lakers and Heat? Didn’t even make the playoffs.

There’s a new look to this NBA postseason, which will crown a champion that hasn’t won the title in at least 17 years — or, quite possibly, a franchise that has never been on top.

“There is not just one dominant team,” Washington’s Bradley Beal said Thursday. “You’re not going to see the same teams.”

Indeed, of the eight conference semifinalists, the most recent to win a championship is the Chicago Bulls, who claimed the last of six Michael Jordan-era titles in 1998. The Houston Rockets are the only other multiple champion still playing, winning back-to-back titles in 1994-95.

There are two franchises that won their only championships so long ago, well, one had a different nickname (the Washington Wizards were the Bullets when they took the 1978 title) and another was in a different city (the 1958 St. Louis Hawks, who moved to Atlanta a decade later). The Golden State Warriors are 40 years removed from their lone championship season, but at least they’ve got a banner.

“I don’t think there’s any question that fresh faces and new teams invigorate the sport,” Grizzlies general manager Chris Wallace said. “It adds new flavors for the fans to sample. And they like it. The game has never really been more popular on a global standpoint than it is right now.”

While the NBA was the first major North American league to put in a salary cap, it’s had the most exclusive group of champions. Over the last 16 years, just three teams — the Los Angeles Lakers, San Antonio Spurs and Miami Heat — have hogged a total of 13 titles.

Going back even farther to the launch of the modern NBA in 1950, two teams — the Boston Celtics, with 17 banners, and the Lakers, who have a total of 15 including their time in Minneapolis — account for nearly half the championships.

That’s why this season really stands out for the NBA.

“Whoever wins is going to be a brand new face,” Warriors coach Steve Kerr said. “That’s exciting for those of us who are still playing.”

Some possible reasons for this changing of the playoff guard:

San Antonio proved last year that a team doesn’t need a megastar to win the title, and plenty of teams are trying to follow the Spurs model.

Most notable is Atlanta, where the roster was expertly assembled by former Spurs executive Danny Ferry and the coach is Mike Budenholzer, a longtime assistant under San Antonio’s Gregg Popovich. The Hawks went 60-22 and claimed a top seed in the East for the first time since 1994 with an absurdly balanced lineup; the five starters averaged between 12 and 17 points a game.

Ball movement is now the order of the day, the isolation play largely viewed as a forgettable relic. With everyone sharing in this fast-paced style, it’s no longer necessary to have one of the five best players in the game to be a title contender.

“It’s more of a team game,” Hawks guard Jeff Teague said. “A team like us, that doesn’t have what you would call a superstar, can be a really good team.”

While the NBA first instituted a salary cap in the 1980s, it was long nothing more than an annoyance for the power franchises, which were still able to go after pretty much anyone they wanted.

The lockout of 2011 changed that. Under the current collective bargaining agreement, there are shorter contracts and tougher financial penalties for teams that spend too much.

While it’s still too early to know exactly how much this CBA will affect the competitive balance, the league touts the measures as a means to getting more teams in the mix (and making the owners a lot more profitable).

With franchises now selling for astronomical amounts, the players figure to push back on these measures the next chance they get. No matter what, it figures to have a long-term impact on the way rosters are built and maintained.

It still helps to have the best player in the world. And there’s no one better than LeBron James.

When James returned to Cleveland this season, the balance of power shifted northward. The Heat missed the playoffs, while the Cavaliers finished second in the East behind Atlanta.

Even with the King in the mix for another title, there will surely be a different look to the celebration.

“That’s what the NBA really wants,” Atlanta’s Kyle Korver said. “They want everyone to feel that if you manage your team well, put a good team together, coach them well and play hard, it doesn’t matter if you’re a big market or a small market. You’re going to have a chance.”