Will Your Dream Job Ever Become Your Reality?
Advertisement 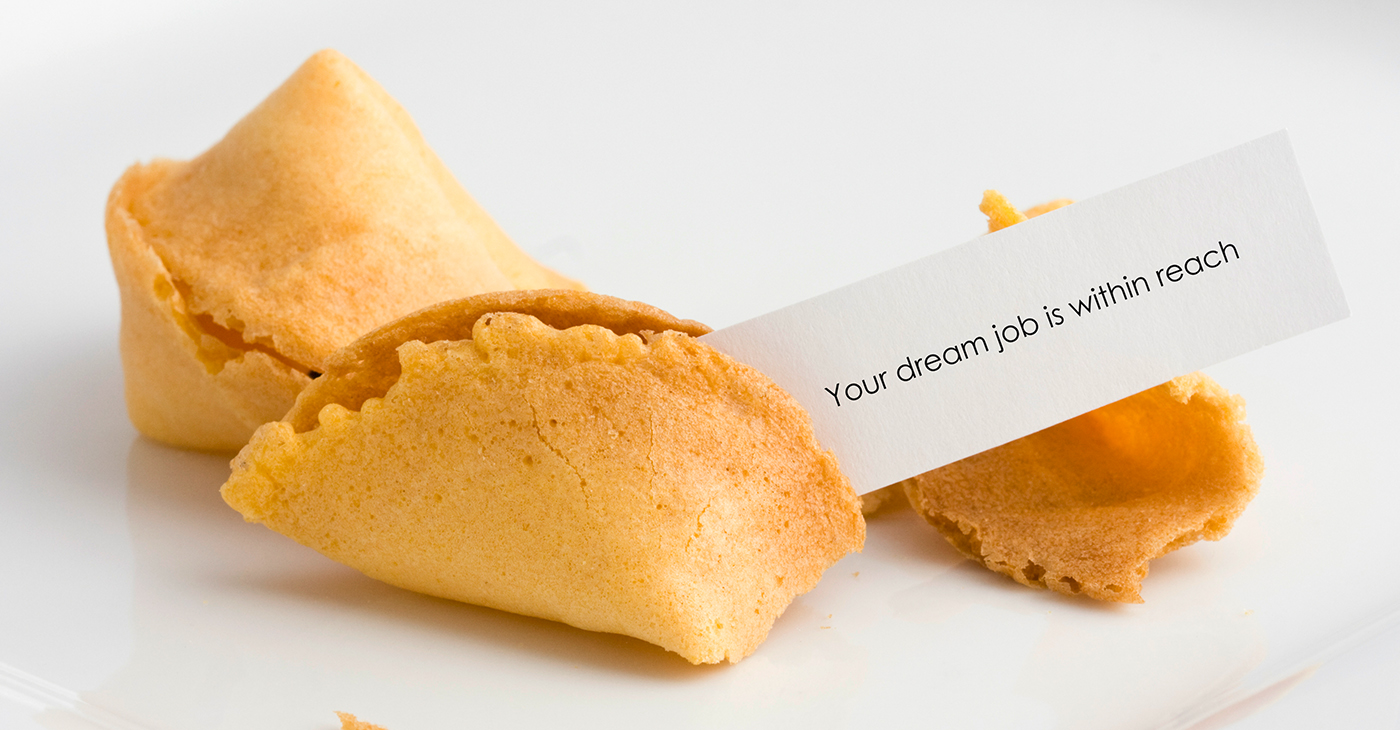 Nearly two-thirds (64 percent) of those that reported working in the job of their dreams as part of a survey of 2,000 American adults taken by the virtual phone company, TollFreeForwarding, also said that the job lived up to the expectations they placed on it during childhood. (Photo: iStockphoto / NNPA)

A common New Year’s tradition is the list of resolutions for the upcoming 365 days. For some the list will be improvement-based, like losing weight or obtaining a new certification. Others may focus on different objectives, like a family vacation or finally saving more for retirement. Whatever items your list contains, all resolutions lists share two things in common: Some of our goals are attainable, others not so much.

If one of your resolutions for the start of the new calendar year is the pursuit of that ever-elusive dream job, you’re not alone. A survey of 2,000 American adults taken by the virtual phone company, TollFreeForwarding, revealed that only about 24% of respondents will ever get to become what they wanted to be when they were younger. And just a tiny fraction of us — only 10% — can make that claim right now.

Nearly two-thirds (64 percent) of those that reported working in the job of their dreams, also said that the job lived up to the expectations they placed on it during childhood.

Of the remaining 76 percent that have never experienced working in their dream job or profession, over a third (39 percent) say they regret not pursuing their aspirations further. When asked to identify the most significant factor in never achieving those childhood dreams, 34 percent said that they “don’t have the required skill set or knowledge.”

Other significant factors include “financial constraints,” (16 percent of respondents) and “I prioritized raising a family” (10 percent). Putting family first was significantly more prevalent among women, with 14 percent selecting it compared to just 3 percent of men.

The survey also discovered significant differences in the aspirations of men and women during childhood. Women were much more inclined to select caregiving and public service-related jobs – with teacher, doctor/nurse, and veterinarian making up the top three.

Science and engineering are among the most male-dominated industries, and video gaming has long been stereotyped as a male-oriented profession.

“These statistics say something about the differences between men and women, and how different upbringings influence what we want to do when we grow up,” researchers concluded.

The survey noted that public service jobs, teachers, doctors, and nurses were the most popular childhood dream jobs of respondents. Those were followed by actors, athletes, writers, and musicians. Scientists and lawyers also made the top 10.

While those initial dreams may have changed significantly by the time that we achieve our high school or college diploma, it’s common for Americans to wake up one morning, get dressed for work, and realize that our work leaves us unfulfilled.

“Normal is getting dressed in clothes that you buy for work, driving through traffic in a car that you are still paying for, in order to get to a job that you need so you can pay for the clothes, car and the house that you leave empty all day in order to afford to live in it,” said Ellen Goodman.

For African Americans, who are often still either the first or among the very few in their family to achieve an advanced degree, the current job or career path can have nothing in common the career they envisioned when they walked across the stage to accept the diploma.

However, a few have adopted the long-held belief that doing work that we love — work that actually makes us happy — has benefits that far outweigh the financial rewards.

In the TollFreeForwarding survey, researchers noted the rise of digital technology and social media, which they said had formed a new type of celebrity. As children head for YouTube and video games such as Fortnite for entertainment, they search for idols that align with these interests, according to the researchers.

“My dream job was to work in social services with children and families,” said Karen Akpan, a content creator for TheMomTrotter.com, a website that shares budget travel tips, homeschooling life experiences, and parenting information.

“I graduated from college with my Bachelor’s degree and couldn’t find a job to pay me over $12 an hour,” Akpan stated.

“I then decided to go back for my Master’s Degree, hoping that it would help. Unfortunately, I still wasn’t making more than $12.50 an hour or so and, living in California, that was torture.”

Akpan decided to start writing about travel and how she and her family were able to travel on points and miles. She said that’s worked out well despite lots of student loan debt, the economy, and not getting paid the wages she believed she deserved.

“Little did I know that I was going to be able to turn my passion into profit. I absolutely love what I do know,” Akpan stated.

Robert Remak, who co-founded the men’s attire website, ArtoftheGent.com, said while in college, he dreamed of being a CEO of a Fortune 500 company. That dream became deferred when Remak said he realized that he didn’t want to become a part of an already established corporate culture filled with inequality.

“I wanted to create positive change in the overall corporate culture,” Remak stated. “My purpose for wanting to be a CEO was to prove to the world by example that, if you truly put your employees first, you will become more profitable in the long term. Not squeezing out as much production from each employee and measuring them against rigid key performance indicators,” he added.

While neither of those dreams became a reality, Swift-Young said she did marry, and she now has two adult children.

“My daughter and I run a business together, and I published a book. So, although my dream of becoming a physician didn’t come true, I feel like in a lot of ways, I was able to give back,” Swift-Young stated.

“I think we’re fairly stable. We’ve both been employed consistently with ups and downs, but we are definitely in a position where we should be able to retire before the age of retirement. So, my dream job didn’t come true, but my dream life, I’m living it.”