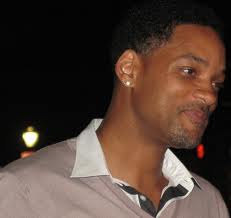 [People] It wasn’t Bel-Air, or even West Philadelphia, but Will Smith grabbed a microphone in London and proved he hasn’t forgotten hisFresh Prince roots.

The megastar and son Jaden pleasantly shocked The Graham Norton Show audience Friday when they stood up during their appearance to promote After Earth and rapped the theme song to The Fresh Prince of Bel-Air– with the help of Smith’s old pal, DJ Jazzy Jeff. (Smith racked up eight million YouTube hits when he rapped the theme song last time he was on the show.)

The crowd went wild, and fellow guests Heather Graham and a slightly bemused-lookingBradley Cooper bopped along as impromptu backup dancers.

But the surprises didn’t stop there.

Just when it seemed things couldn’t get any better, Smith introduced a super-secret special guest – former Fresh Prince costar Alfonso Ribeiro, who busted out his signature Carlton Banks cheesy dance moves. The guys even delighted fans with their “Apache (Jump On It)” routine from the hit ’90s sitcom.

The impromptu performance also marked the first time Will and Jaden rapped in public, they said on the show, although Smith told Norton of Jaden, “We have a studio that he works in, and he’s a very good rapper.”

Brady to Guest Judge ‘So You Think You Can Dance’