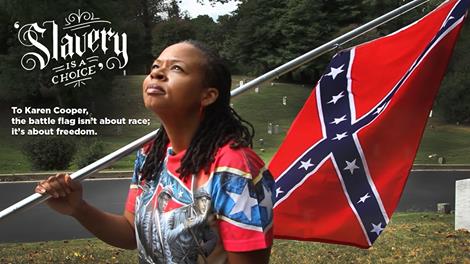 (The Washington Post) – For many Americans, the Confederate battle flag is an unmistakable symbol of slavery and oppression.

But for Karen Cooper, a black woman who was born in New York but later settled in Virginia, the flag embodies something else entirely.

“I actually think that it represents freedom,” the ardent tea party supporter says in a video interview that’s been making the rounds online. “It represents a people who stood up to tyranny.”

Cooper is a member of the Virginia Flaggers, an activist group that rejects the idea that the Confederate flag is a symbol of racism and hate.