Why Take a Stance on God?
Advertisement 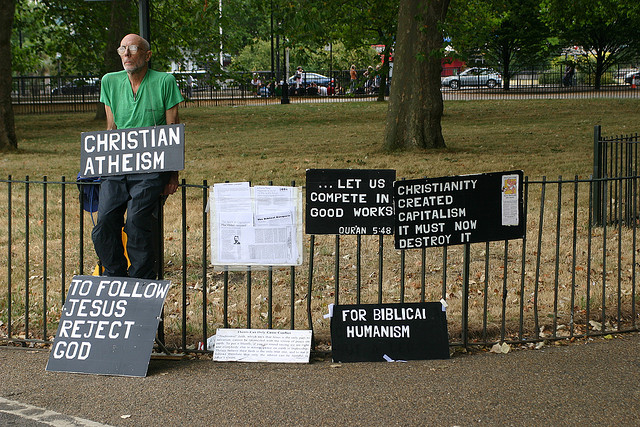 (The New York Times)—This is the 10th in a series of interviews about religion that I am conducting for The Stone. The interviewee for this installment is Keith DeRose, a professor of philosophy at Yale University and the author of “The Case for Contextualism: Knowledge, Skepticism, and Context.”

I think many atheists would object that it’s wrong to require them to have an argument showing that God doesn’t exist. They’d claim their atheism is justified simply because there are no good arguments in favor of theism. After all, it’s theists who are making an extraordinary claim. Isn’t the lack of evidence for the claim that God exists sufficient grounds for denying it?

Keith DeRose: I think you can sometimes rightly claim to know that something doesn’t exist even if you don’t have a good argument for your claim. This is the situation with the currently infamous Flying Spaghetti Monster: We all find it bizarre and literally unbelievable and so reject its existence without any argument.
READ MORE

Maher vs. Charlie Rose: To Claim Islam Is Like Other Religions Is Naive And Plain Wrong