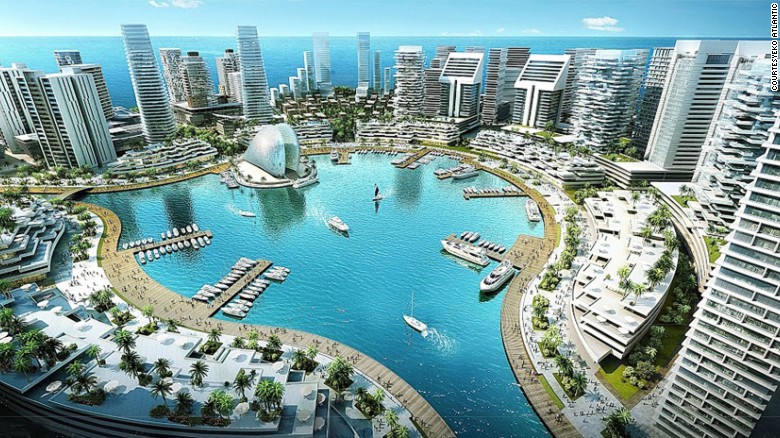 LAGOS, Nigeria (CNN)—The government of the state of Lagos — Nigeria’s former capital — has proudly proclaimed it is building a new city that will become the new financial center of Nigeria, and perhaps West Africa. The scale of the Eko Atlantic project is immense and progress is being achieved through a team effort between investors, planners, engineers and contractors.

Pitched as Africa’s answer to Dubai, Eko Atlantic is a multibillion dollar residential and business development that is located as an appendage to Victoria Island, and along the renowned Bar Beach shoreline in Lagos. The plan is that it will:

• Consist of ten square kilometers (3.86 square miles) of land reclaimed from the Atlantic Ocean
• Be home to quarter of a million people and employ a further 150,000 people who will commute on daily basis
• Be billed as a 24-hour, green-conscious, world-class city; and
• Attract and retain top multinational corporations

There is no shortage of doubters and critics of the initiative, which is seen as an exercise in runaway neoliberalism by a country that cannot even ensure 30 days of continuous power supply to its citizens. The truth, however, is that Lagos deserves its dream Eldorado and the economic case for Eko Atlantic is sound.