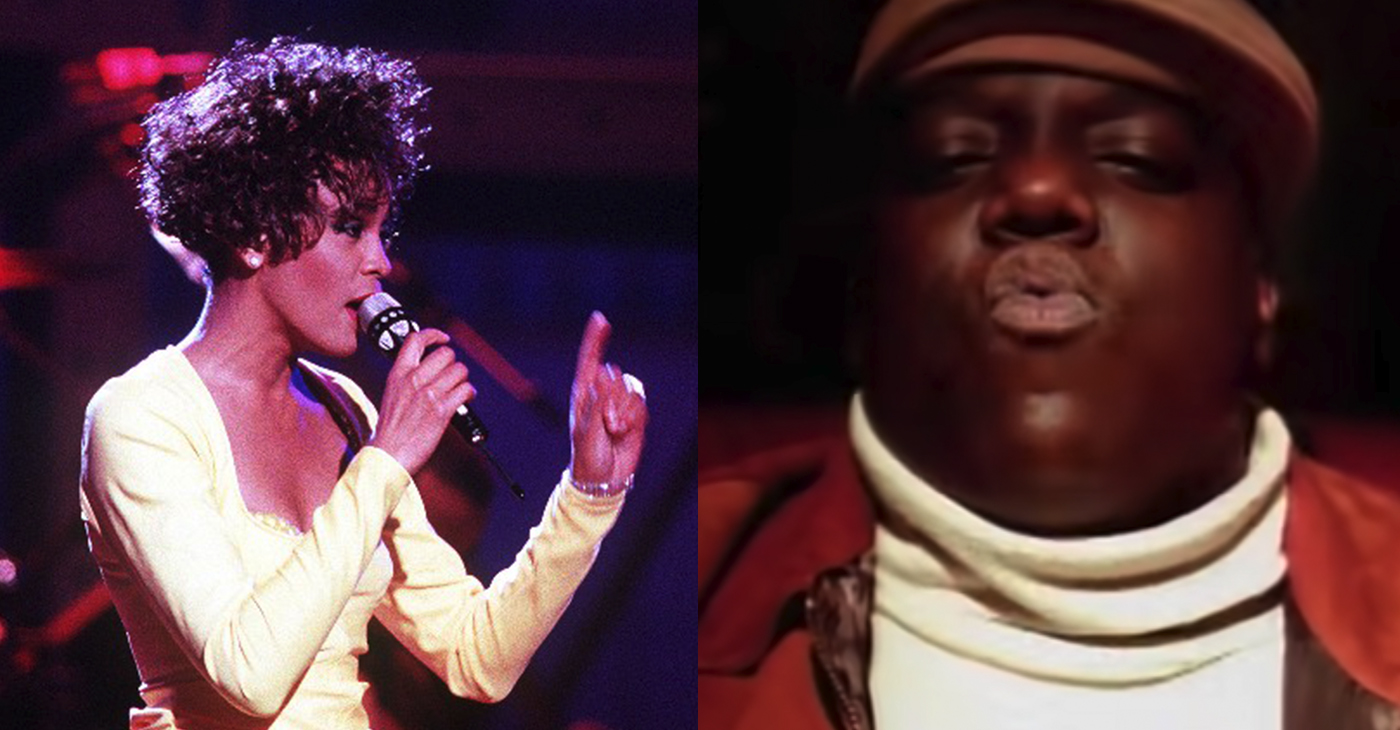 Whitney Houston talking to the audience before proceeding to perform "Saving All My Love for You" during the HBO-televised concert "Welcome Home Heroes with Whitney Houston" honoring the troops, who took part in Operation Desert Storm, their families, and military and government dignitaries. (Photo: PH2 Mark Kettenhofen). Before his murder in 1997, Christopher Wallace recorded two classic albums as The Notorious B.I.G. His debut Ready to Die arrived in 1994 and helped revitalize the East Coast rap scene with massive hits like “Big Poppa” and “Juicy.” (Photo: From the Official Music Video for The Notorious B.I.G. - "Big Poppa" Director: Hype Williams & Sean "Puffy" Combs)

Whitney Houston and the Notorious B.I.G. head an accomplished class who have earned induction into the 2020 Rock and Roll Hall of Fame.

Houston, who died in 2012 at the age of 48, was the preeminent voice of her generation.

In 1992, Houston starred alongside Kevin Costner in the blockbuster film, “The Bodyguard,” which earned $411 million at the box office. The soundtrack, which featured a bevy of hits by Houston, became the second best-selling ever with more than 45 million units sold worldwide.

The induction ceremony will be held at Cleveland’s Public Hall on May 2 and will air live on HBO and the SiriusXM Rock and Roll Hall of Fame radio station.

In addition to Houston and Wallace, Depeche Mode, Nine Inch Nails, the Doobie Brothers, and T. Rex will join the 2020 class. Additionally, Jon Landau and Irving Azoff, two of the most successful managers in rock history, will be presented with the special Ahmet Ertegun Award for their contributions to the industry.

This year’s inductees count as diverse a group the Hall has seen.

“Each of those bands has helped shape the form that rock & roll has taken over the years,” Michael McDonald, who is being inducted for his work in the Doobie Brothers, told Rolling Stone. “That’s what I like to see the Rock and Roll Hall of Fame do: pick those bands that have sculpted what we see rock & roll as today.”