What Next for WikiLeaks' Julian Assange?
Advertisement 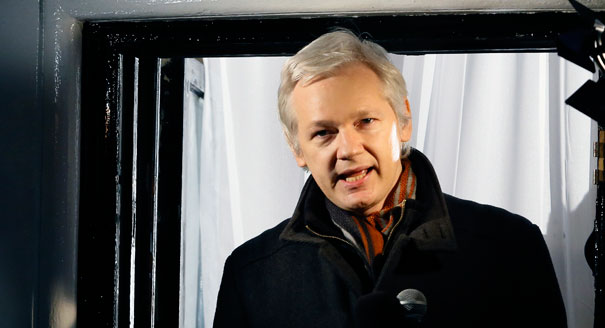 (CNet) – Locked inside a small apartment in central London, Julian Assange has avoided arrest only because his dimly lit ground-floor bedroom also happens to be de facto Ecuadorian soil.

Almost exactly two years after the WikiLeaks founder gave a soundbite-laden speech on the balcony of Ecuador’s embassy in Britain’s capital, he opted Monday for a more modest affair, only to offer a similar string of pointless remarks, which were all but retracted after the fact.

In case you missed it, Assange said he would leave the embassy “soon,” after being holed up in the small embassy since June 2012.

Following the appearance Monday morning, however, his spokesman Kristinn Hrafnsson said that although Assange was ready to leave the embassy, it would only be when he is offered passage free from the threat of arrest.