COMMENTARY: What goes up must come down
Advertisement 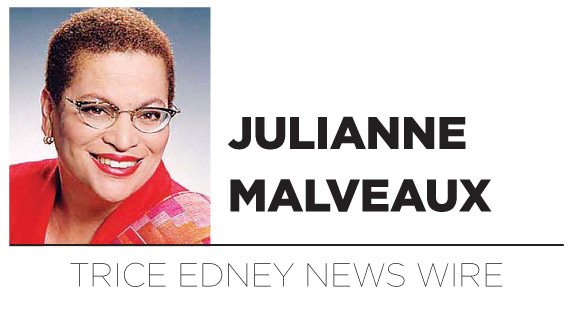 There is much to object to about No. 45’s presidency – his hateful racial rhetoric, his attacks on women and people of color, his appointment of extremely young and inexperienced members of the federal judiciary, his rollback of environmental protections, his attacks on public education, and more.

But his economic stewardship, an arena he claims to have mastered, is as repulsive as his noneconomic stewardship. Many of his minions have, albeit gently, criticized the ways he has managed the economy. His trade wars, especially with China, may stand at the top of the list.

He says that China will pay when he, most recently, announced that he would impose a ten percent tariff on $300 billion worth of imports from China.  The Chinese won’t pay. U.S. consumers will. And U.S. producers and manufacturers will also pay when China retaliates against us, as they have promised to do.

To be sure, China has been a “bad actor” in trade relationships with the United States. But No. 45’s intemperate and ill-advised tantrum will not only affect many in the United States –including farmers, manufacturers, and consumers – but may also play a role in slowing down the world economy.

For the first time in a decade, the Federal Reserve has reduced the interest rate by a quarter-point. Cutting the interest rate during the early recovery from the Great Recession was an effective way to lower the cost of money and, theoretically, put more money into the economy for expansion.

In reality, cheaper money didn’t trickle down to homeowners or consumers, but it did generate GDP growth. Now growth is slowing, partly because of Trump’s trade wars, and partly because his tax cuts have not trickled down, and people don’t have as much money to spend as they’d like. Interest rate cuts are a clear sign that our nation’s bankers are not confident that economic expansion will continue to be robust.

Many of No. 45’s allies tout low unemployment rates as evidence of economic strength. And the July 3.7 percent unemployment rate, unchanged from June is indeed a ten-year low. The Black unemployment rate is at an all-time low. And last month, 164,000 more jobs were created, labor force participation rose, and the number of discouraged workers declined.

Firstly, because wage growth is slow. In a tight labor market, with low unemployment rates, wages should be increasing by more than the 3 percent annual rate they are growing at now.

Further, although there is slight improvement in labor force participation, and fewer workers holding part-time work for economic reasons, tepid wage growth suggests that while jobs are available, they aren’t necessarily good-paying jobs.

Slow wage growth and a slowing economy are likely to lead to a new recession. Economist Heather Boushey says that increasing inequality makes a recession more possible than it otherwise might be.

And this administration does not mind increasing inequality. Most recently, they have proposed cuts to food stamp programs that will leave at least three million people – low-income workers and their children, people with disabilities and some older Americans, vulnerable to hunger. The Senate just passed a budget that will increase military spending by more than $750 billion and will cut spending on food.

Economic expansion depends on people spending money, and too many have little to spend. The food stamp cuts give some even less. Increased prices of goods imported from China gives them less to spend. And the administration team that touts economic strength on the one hand is undermining both growth and poverty alleviation, on the other.

What goes up must come down. Can the No. 45 economic team manipulate the economy to continue expansion through the 2020 election, or will attacks on the poor result in less spending, less expansion, and an economic catastrophe?

Julianne Malveaux is a Washington, D.C.-based economist and writer. Her latest book, “Are We Better Off? Race, Obama and Public Policy,” is available at http://www.juliannemalveaux.com.

This article originally appeared in the Daytona Times.