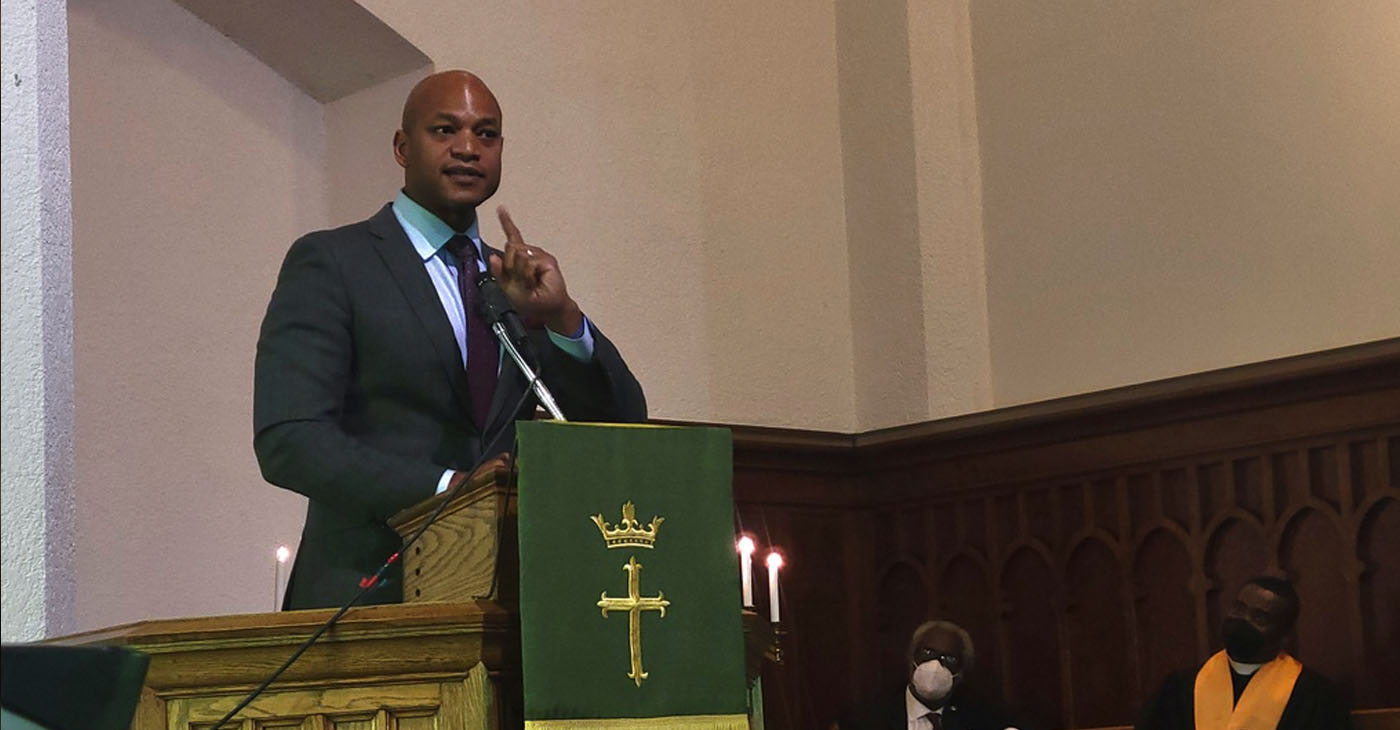 By Marnita Coleman | The AFRO

On Laity Sunday, one day after turning 44, the 2022 democratic nominee for governor of the state of Maryland, Wes Moore, was guest speaker at Freedom Temple A.M.E. Zion Church in South Baltimore, where Rev. Dr. Frances “Toni” Draper is pastor.

Laity members were being honored for their outstanding service to ministry within the body of Christ.

“I come from a very long line of preachers and teachers,” stated Moore of his grandfather and great grandfather. He then went on to deliver a riveting message to a congregation of lay people, clergy, delegates, dignitaries, supporters, and friends regarding “the assignment.”

Moore’s usual campaign rhetoric as a Rhodes Scholar, a U.S. Army combat veteran, CEO of Robin Hood Foundation, and a best selling American author were notably absent from much of his conversation.

As he stood in the pulpit of Freedom Temple A.M.E. Zion Church, he focused on his God-ordained calling. Moore said frankly, “What’s important for us to keep in mind right now is understanding the assignment.”

Mr. Moore shared that his grandfather was always talking about this idea of understanding the assignment. The concept is taken from the Bible, in the Book of Numbers. It’s the story of Moses, and how he spent years of his life wandering through the desert leading the Israelites to the promised land. And eventually, after 40 years, making it to the Red Sea, where he died.

Moore highlighted that the assignment is determined by God and doesn’t always match what we have in mind.

“My grandfather was always talking about this idea of saying how he could imagine that Moses must have felt some type of way about that. After he did all the work, leading the people through extreme conditions, extreme trials. And finally, as he opens his eyes, sees the promised land, and that’s when the Lord called him home, and asked Joshua to finish the work.”

In about three weeks Marylanders will go to the polls for the midterm elections with the power to change the political landscape throughout the state, if Democrats sweep the elections. Of over 2,500 governors ever elected in the United States, Governor Candidate Moore would only be the third African-American governor in the history of this country.

Aruna Miller, Moore’s running mate for lieutenant governor, would be the first immigrant ever elected in the state. Delegate Brooke Lierman, if elected, would be the first woman comptroller in Maryland history. Congressman Anthony Brown would become the first African American to ever hold the title of Attorney General.

Moore finished his sermonette, saying the job is to run hard, run fast, and run your own race, so when it’s time to pass the baton off to someone else, the only thing the Lord will say is “job well done,” and “you understood the assignment.”

“I am very familiar with the message that Wes Moore gave and I was glad that others were able to hear it. He is key to getting things that we really need that have been overlooked in past years,” she said. “I know that first-hand because I’ve been through four governors, two Republicans and two Democrats. And I think this is the time and the place for him in terms of moving us forward. He’s someone who really understands our community. I can’t think of a better person to be our next governor than Wes Moore.”

In closing, Moore sends a special message to the people of Baltimore: