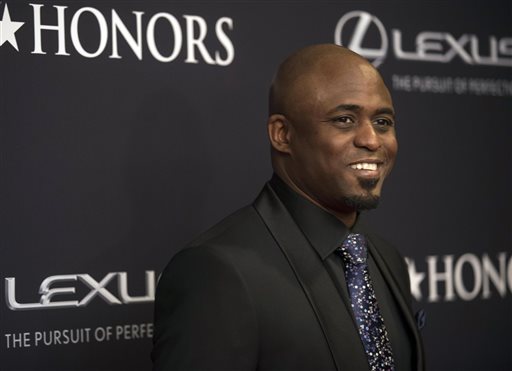 In this Saturday, Jan. 24, 2015, file photo, Wayne Brady arrives on the red carpet at the BET Honors 2015 at Warner Theater on in Washington. Producers of Kinky Boots said Brady, the Lets Make a Deal host, will step into the high heels of the cross-dressing Lola, on Broadway, starting Nov. 21, 2015. It is Brady’s first return to Broadway since he made his debut in 2004 in Chicago. (Photo by Kevin Wolf/Invision/AP, File)

NEW YORK (AP) — Wayne Brady is about to get freaky — on Broadway.

Producers of the hit musical “Kinky Boots” said the “Let’s Make a Deal” host will step into the high heels of the cross-dressing Lola starting Nov. 21. It is his first return to Broadway since he made his debut in 2004 in “Chicago.”

In a statement, Brady called it “the role of a lifetime” and that “starring in a Broadway show of this caliber has been my dream since I started performing at age 16.”

Brady will succeed Broadway’s original Lola, Billy Porter, who has played over 800 performances at the Al Hirschfeld Theatre and won a Tony Award. His final performance in “Kinky Boots” will be Nov. 20. Porter has landed his next Broadway gig in a revival of “Shuffle Along.”

The Tony Award-winning “Kinky Boots” is based on a 2005 British film about a staid British shoe factory on the brink of ruin that retrofits itself into a maker of footwear for drag queens. It has songs by Cyndi Lauper, a story by Harvey Fierstein and some fierce-looking drag queens in 6-inch heels.

Brady won a Primetime Emmy Award for individual performance in “Whose Line Is It Anyway” and a Daytime Emmy Award as host of his own talk show, “The Wayne Brady Show.”

Mark Kennedy can be reached at http://twitter.com/KennedyTwits