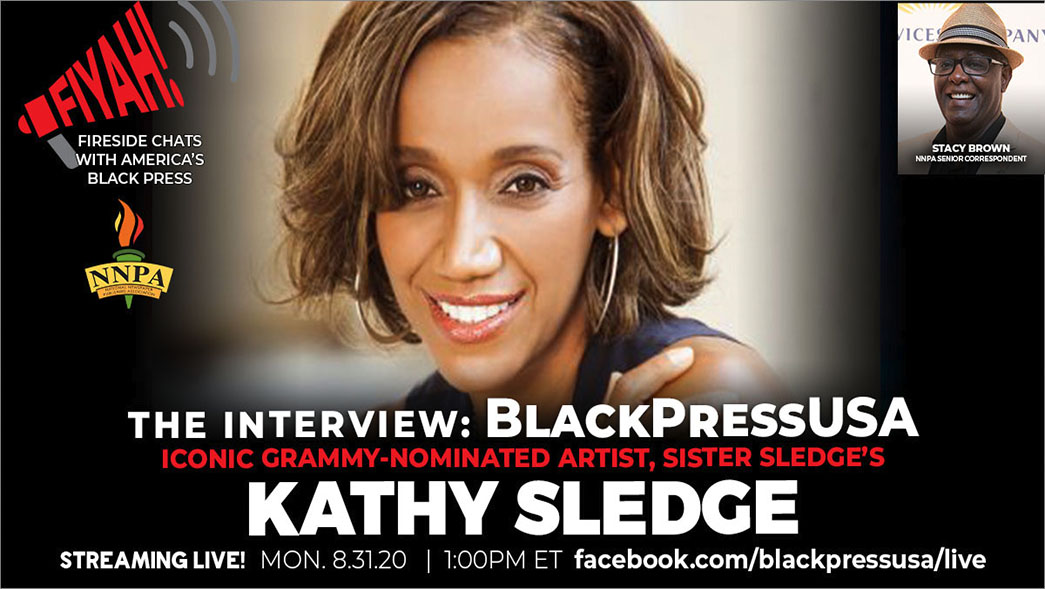 Everyone knows Kathy Sledge as the lead voice behind the worldwide anthem “We Are Family.” Her timeless vocal on “Thinking of You” is also now DJ D-Nice’s official theme to “Club Quarantine.” Both songs are the spirit of “Family Room,” a new series produced by Kathy and her daughter Kristen Gabrielle. “Club Quarantine has become the place where people dance and meet up,” says Kathy. “Family Room has become the place where people celebrate love and each other.” Twice a week, Wednesday (8:00 pm EST) and Saturday (12:30 pm EST), viewers from around the world visit Kathy and Kristen at home on IG Live for conversation and personal connection.

Remarkably, Kathy and Kristen have created a gathering place for thousands of “Family” members in the midst of a global pandemic. “We were actually talking to networks and just getting a lot of traction for the idea of ‘Family Room’ as a mother-daughter talk show when the quarantine happened,” says Kathy. “Kristen came up with the idea, ‘Why don’t we just start right within these four walls?’ We have created our own neighborhood and community.”

Kristen adds, “‘Family Room’ is like an interactive chat room. We bring people in and you never know who we’re gonna bring in. We have a whole new ‘Family Room’ family!” Indeed, Questlove, Nile Rodgers, Sinbad, and D-Nice are among the celebrity guests who’ve knocked on the “Family Room” door, bringing elements of spontaneity and surprise to the experience.

Of course, the global reach of “Family Room” reflects Kathy’s success as an international recording icon. Her new single “Jump Into the Light” (2020) was written and produced with London-based production team Horse Meat Disco, who worked with her on last year’s club favorite, “Falling Deep in Love” (2019).

“Right before this quarantine, I produced and headlined nine festivals,” she says. “‘We Are Family’ has reached every corner of the world. There’s a strong following overseas. Being the signature voice of Sister Sledge, I had at least 12 hits over there. When Kristen and I started the series, the whole idea was to bring your favorite drink and meet up in the family room, sit around, talk and have fun. We knew that I’d have a cup of coffee for the folks in LA because it’s 9:30 am there and Kristen would have a glass of wine for the folks here on the east coast. Then we started seeing cocktail glasses pop up because it’s happy hour in England and Scotland. Kristen and I will make a toast to the screen and you’ll see all of these emojis of champagne glasses or coffee cups come up from across the globe!”

In fact, D-Nice told PBS that it’s “the song that has kept me motivated during this crisis. There is something about the very first time that I played that record. I was feeling a bit down, and I played it. And Nile’s guitar playing on that song, it just moved me, and then I started listening to Kathy Sledge sing. It’s still resonating, and it still feels good.” D-Nice has since played the song every set, making Kathy Sledge the “Queen of Club Quarantine” and the voice that’s greeted luminaries like Rihanna, Michelle Obama, Drake, and Oprah Winfrey when they visit the Club.

As viewers continue to show solidarity with Black Lives Matter or support each other through the challenges of COVID-19, “Family Room” has also become a place for healing. Kathy explains, “At the beginning of every show, we do something called Prayer Hands. We tell people to just put a prayer in there for everything that’s going on because you can feel that this is working, just saying a prayer. The whole screen lights up with all different cultures and all different color hands.”

The mutual support even transcends the screen. “Real attracts real,” Kathy continues. “Everybody is special in ‘Family Room.’ I’m noticing that viewers are all following each other, catching up on each other, and supporting each other. I think that’s what that whole room exudes.”