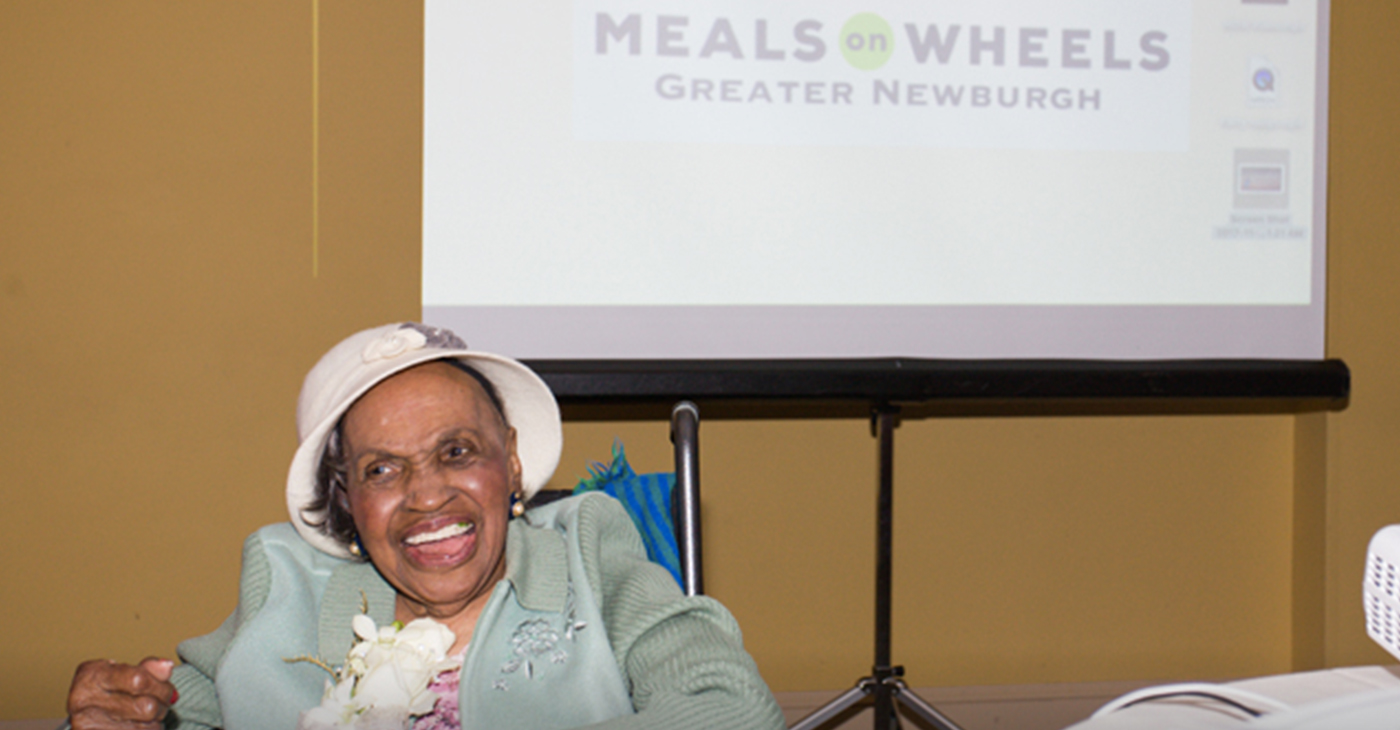 NEWBURGH – The founder and long-time executive director of Meals on Wheels of Greater Newburgh, Frederica Warner, died on Tuesday, April 9. She was 101 years old.

Warner founded the program that brought meals to residents who could not leave their homes because of illness of frailty in 1972.

She was a life-long resident of Newburgh.

Warner was “an institution, an inspiration and a wonderful mother,” said Carole McDermott, the current executive director of the program, who knew her since McDermott was six years old and Warner taught her how to cook hotdogs.

McDermott noted “you couldn’t say ‘no’ to Frederica.”“She got me involved in Meals on Wheels after I retired from banking. I went from doing international trade at banks to what I call meat and potatoes at Meals on Wheels,” she said. “Frederica had that way with people. She could get people enthused, get them involved, get them committed.”

“Frederica was well respected, even revered, by those she worked with, those she helped and all whose lives she touched,” said Orange County Executive Steven Neuhaus.

Warner was the only child of E. Lafayette Hunter and Sarah Frint Hunter and was a descendant of freed slaves who helped organize the Underground Railroad and the Republican Party in the years preceding the Civil War.

At the age of ten, she became a member of Girl Scout Troop 7, sponsored by the AME Zion Church in Newburgh. The Scouts emphasized helping others and becoming active members of the community – goals which Frederica embraced wholeheartedly for the rest of her life.

She was married for sixty-five years to the late Loren Warner, her soulmate and love of her life. Their daughter and only child, Lady Maxine Warner Burton, is the wife of Sir Eric Burton, former Member of Parliament of the Republic of Antigua-Barbuda in the West Indies. Frederica is the grandmother of seven, great-grandmother of twenty-three and great-great-grandmother of ten.

Visitation for family and friends will be held from Noon to 5 pm on Wednesday, April 17, 2019 at Calvary Presbyterian Church, corner of South Street and Grand Street in Newburgh.

Funeral Service will be their the following day at 10 am.

This article originally appeared in the Hudson Valley Press.