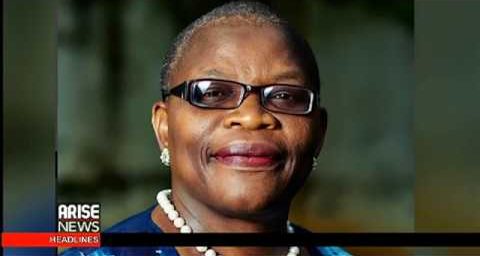 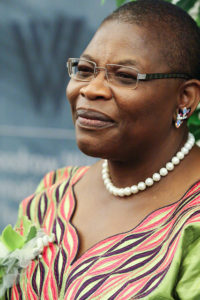 Punch.com is reporting Dr. Obiageli Ezekwesili, co-founder of #BringBackOurGirls and Transparency International, announced Sunday she will run for president of Nigeria next year. Ezekwesili, 55, was a candidate for the 2018 Nobel Peace Prize based on her work on fighting government corruption across the globe. Nigeria’s former Minister of Education, whose initial announcement did not name a party, has chosen to run on the Allied Congress Party of Nigeria presidential ticket in February 2019.

Current Nigerian President Muhammadu Buhari, who succeeded Goodluck Jonathan, has been selected by the ruling party as its candidate.

“The two-time minister and activist, whose nomination was ratified, received the party’s flag from the National Chairman of the party, Alhaji Ganiyu Galadima, whose tenure was also renewed at the event.

The former World Bank Vice-President expressed sadness that instead of making progress, Nigeria was retrogressing under the current administration.

She said Nigeria could simply not afford to continue under the atmosphere of ‘unsustainable failure’ come 2019.

She described 2019 as a defining moment which would provide an opportunity ‘to unite and galvanise the potential of the country to build a great nation.’

Nigeria is Africa’s most populous country and the greatest producer of oil on the continent of Africa.

Affectionately referred to by supporters as “Oby,” Dr. Ezekwesili’s campaign slogan will be, “Project Rescue Nigeria,” and will focus on providing jobs for all Nigerians regardless of tribe or gender.

Obiageli Ezekwesili, co-Founder of Bring Back Our Girls, discusses how the world has handled the missing 219 young women who were abducted from Chibok by the Islamist militant group Boko Haram. She speaks on stage during the 2016 Women in the World Summit in New York City.

This article originally appeared in The BurtonWire.