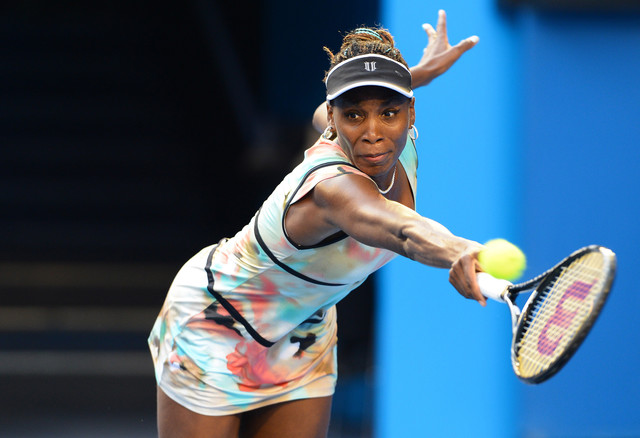 Tennis player Venus Williams, who has won a total of seven Grand Slam singles titles, lost in the first round of the French Open last month. (Courtesy of William West/AFP via Getty Images)

Five-time champion Venus Williams said she will skip Wimbledon this year because of a back injury.

The 33-year-old American said on her Facebook page that she planned to return to the courts for a World Team Tennis event in Washington on July 8. Wimbledon is set for June 24-July 7 at the All England Club in London.

“Unfortunately, I will not be able to participate in Wimbledon this year,” Williams said.