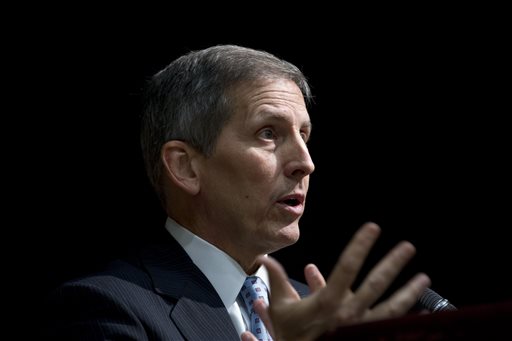 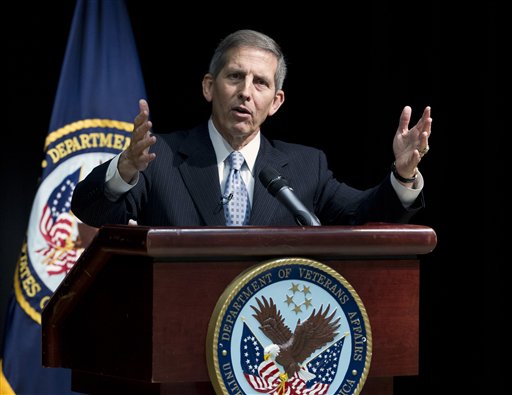 WASHINGTON (AP) — About 10 percent of veterans seeking medical care at VA hospitals and clinics have to wait at least 30 days for an appointment — more than twice the percentage of veterans the government said last week were forced to endure long waits, the acting veterans affairs secretary said Wednesday.

Sloan Gibson said the higher number of veterans waiting 30 days or more is revealed in a report due out Thursday. He called the increase unfortunate, but said it was probably an indication that more reliable data was being reported by VA schedulers, rather than an actual increase in veteran wait times.

“I don’t like that we’ve got more veterans waiting, but at least we’re getting better data” as the VA seeks to address widespread problems of long patient waiting times and falsified records to mask frequent long delays, Gibson said.

A report issued June 9 said about 4 percent of 6 million appointments scheduled at VA facilities nationwide showed wait times longer than 30 days. That total has jumped to about 10 percent in the new report, Gibson said.

While he still is not 100 percent confident that all wait times listed on VA computers are accurate, “I have vastly greater confidence” in the list than he did in the past, when manipulation of patient times was widespread across the VA system, Gibson said.

“We’re getting better data integrity,” he said after touring the Washington VA Medical Center, one of dozens identified in last week’s report as having long patient waiting times.

Gibson’s comments came as the House and Senate moved toward passing legislation aimed at making it easier for patients enduring lengthy delays for initial visits to get VA-paid treatment from local doctors instead. The House and Senate approved similar bills last week, and lawmakers have vowed to move quickly to send a compromise bill to President Barack Obama for his signature.

The House and Senate approved separate resolutions Wednesday appointing a total of 28 lawmakers — 14 from each chamber — to serve on a conference committee to work on a compromise. The House delegation is headed by Reps. Jeff Miller, R-Fla., while the Senate panel is led by Sen. Bernie Sanders, I-Vt. The men chair the House and Senate Veterans Affairs committees, respectively.

House Speaker John Boehner, R-Ohio, said he was confident GOP negotiators “will usher these reforms to the president’s desk while continuing our work to hold (Obama) accountable” to address systemic problems at the VA.

In a related development, Gibson said Wednesday he has directed all senior VA officials overseeing hospitals and regions to conduct monthly in-person reviews of scheduling practices at every clinic in their jurisdiction. The onsite inspections should include observing daily scheduling processes and interacting with scheduling staff to ensure all policies are being followed to deliver timely care, Gibson said.

“Our top priority is getting veterans off wait lists and into clinics,” he said. “Veterans must trust their health care system, and these reviews are an important step toward restoring integrity in all our scheduling activities.”

An audit released last week showed that more than 57,000 veterans have had to wait at least three months for initial appointments. An additional 64,000 veterans who asked for appointments over the past decade never got them.

The department’s inspector general said at least 17 veterans died while awaiting appointments at VA facilities in the Phoenix area, and Gibson said 18 Phoenix area veterans identified on a different list have died. It was not clear whether there was any overlap on the two lists, and officials said they can’t say whether the delay in getting VA treatment caused any of the deaths.

More than 8 million of the nation’s 21 million veterans are now enrolled in VA health care, although only about 6.5 million seek VA treatment every year.

In a scathing report last month, the VA’s inspector general described a process in which VA schedulers routinely skirted now-abandoned guidelines intended to ensure that patients were seen within 14 days of their desired date for an appointment. Schedulers often selected the next available appointment and used that as the purported desired date, even if it was months away, the IG said, adding that the practice allowed numerous — and false — zero-day wait times.

Thirteen percent of schedulers in a facility-by-facility report on 731 hospitals and outpatient clinics reported being told by supervisors to falsify appointment schedules to make patient waits appear shorter.