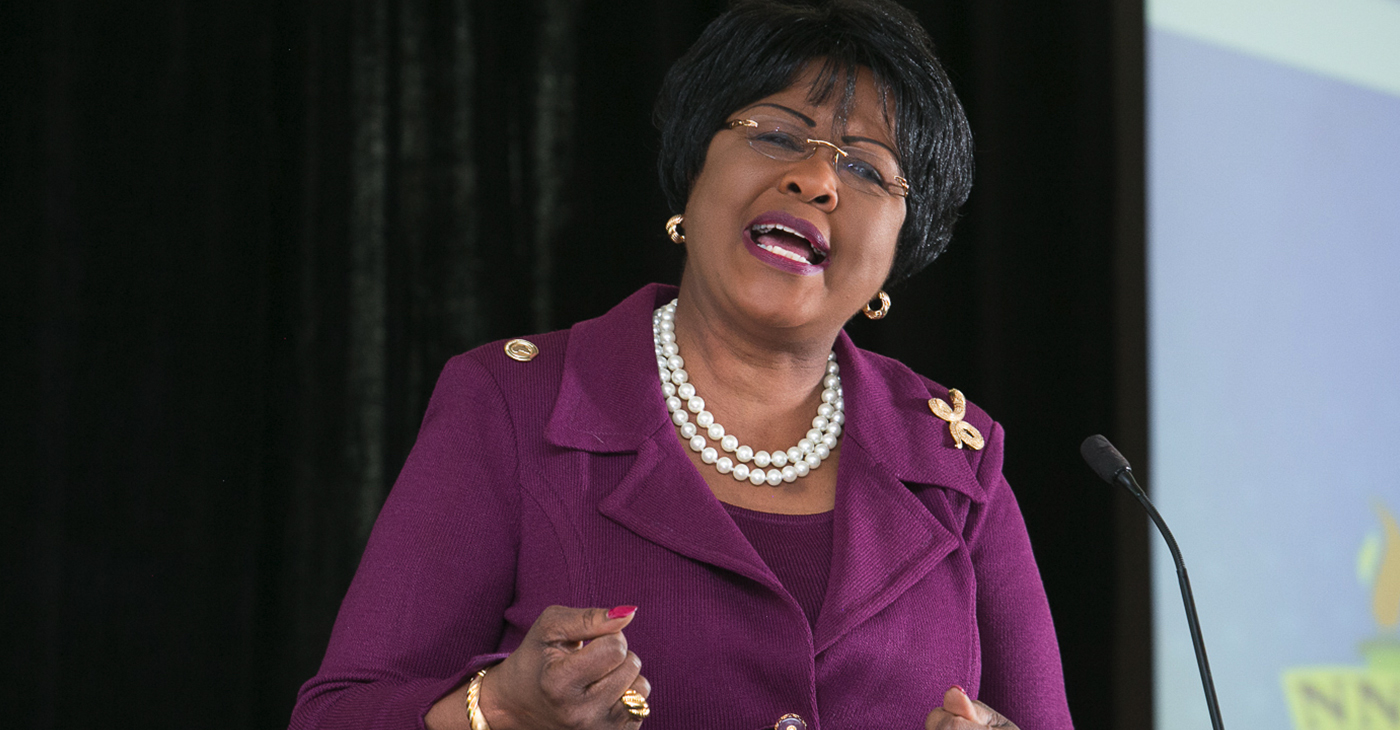 A speech denouncing France’s colonization of Africa and her continued efforts to unite Africa and the African Diaspora has cost H.E. Dr. Arikana Chihombori-Quao, the African Union’s Ambassador to the United States, her job.

The African Union has given her until November 1 to clean out her office in Washington.

“I have the honor to inform you that, in line with the terms and conditions of the service governing your appointment as Permanent Representative of the African Union Mission to the United States in Washington, DC, I have decided to terminate your contract in that capacity with effect from November 1, 2109,” Mahamat wrote in the letter dated October 7.

The letter didn’t specify the reason for firing the ambassador, who has served in that capacity for two years.

“This is normal diplomatic practice for political appointees everywhere,” she continued, later refusing to respond to whether France was involved in the decision to terminate Dr. Chiombori-Quao.

A spokesperson for French President Emmanuel Macron declined to say whether or not Macron either ordered or played a role in the termination.

However, supporters of Dr. Chihombori-Quao, remain adamant that the French government ordered the ambassador’s termination.

The 1884-1885 conference is considered the turning point in Africa’s history.

Before the conference, nations within the African continent were treated as trading partners because of the continent’s vast resources and wealth.

The Berlin Conference ignited what became known as the “Scramble for Africa” between European powers like France, Great Britain, Italy, Portugal, Denmark, the U.S., and others.

“The globalization construct of divide and conquer is still alive and well,” the ambassador stated. “Benin and other small, dependent colonies in Africa and its people were forever defeated and dominated because of the Berlin Conference,” Dr. Chihombori-Quao said.”

The ambassador has worked diligently to try and reverse the effects of the conference. She has called on people throughout the African Diaspora to return home and put their money and resources back into Africa.

“More African physicians are practicing in the United States than those who practice in Africa,” Dr. Chihombori-Quao noted. She has even begun a development called the Wakanda One Village Project, which would include health care facilities, hotels, manufactured homes, and shopping centers.

“The dismissal of Arikana Chihombori-Quao, AU Ambassador to the United States raises serious questions about the independence of the A.U.,” said former Ghanaian President Jerry Rawlings.

“For someone who spoke her mind about the detrimental effects of colonization and the huge cost of French control in several parts of Africa, this is an act that can be described as coming from French-controlled colonized minds,” Rawlings stated.

“How can this shameful behavior emanate from us? A woman with all that it takes to galvanize our continent is chopped down by French-colonized power mongers good enough to be cleaners or pruning trees at the Elysee Palace. With leaders of this kind, how can this continent ever progress?”

More than 34,000 people have signed a petition on change.org, demanding the reinstatement of Dr. Chihombori-Quao.

After almost a year of persuading her to assume leadership as the African Union Permanent Ambassador in the United States representing the 55 countries of the Union, Dr. Arikana Chihombori-Quao accepted the position in December 2016 and has led with courage and vigor in galvanizing peoples of African Descent, the petition states.

Dr. Chihombori-Quao has spoken globally to empower all those of African Descent to come together.

The goal is to build the “Africa We Want” as adopted in African Union Agenda 2063, wrote Professor Apollos Nwauwa, the secretary of African Diaspora Congress, who started the petition.

“The unification of the African Diaspora as espoused in A.U. Agenda 2063 is contrary to the Africa that has been marginalized and pillaged through inequitable colonial and post-colonial contracts. Dr. Arikana has been outspoken about neo-colonial maneuverings and exploitation that still exist today. Her dissemination of the truth has garnered her attention and support around the world,” Professor Nwauwa stated.

“Instead of dismantling her movement to liberate the people of African Descent from colonialism and pursue financial freedom, her dismissal has galvanized African Diaspora in the spirit of UBUNTU – I am because you are!”

Marketers Should Show More Respect for the Black Consumer, According to a Report