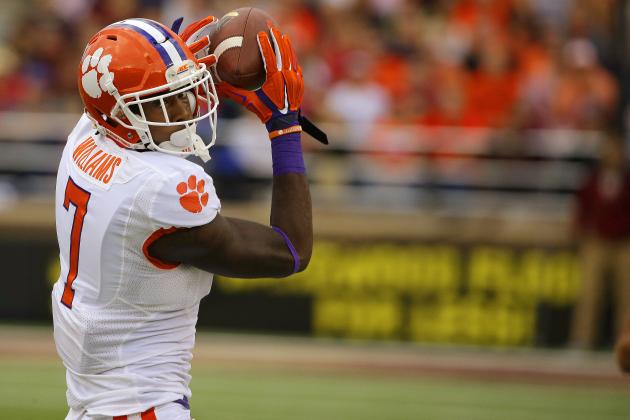 Mike Williams could be the next Clemson wide receiver to break out as an early-round draft prospect. (Stephan Savoia/Associated Press )

(BleacherReport.com) — Summer is time for preseason watch lists, where media and NFL scouting departments alike begin compiling databases of players to watch during the upcoming college football season. These are not only for determining the winners of college football’s annual awards but also for evaluating who the top prospects could be in the 2016 NFL draft.

There are some players, projected to be college football stars this year and in the NFL next year, whom you will find on virtually all of those lists. But as is the case with every draft, the 2016 class will surely also include players who emerge from obscurity to position themselves as top prospects by the end of the season.

Heading into the 2015 college football season, none of the players on the following slides are nationally known household names. All of them, however, have the talent to potentially be standouts among the top 2016 draft prospects at their respective positions.