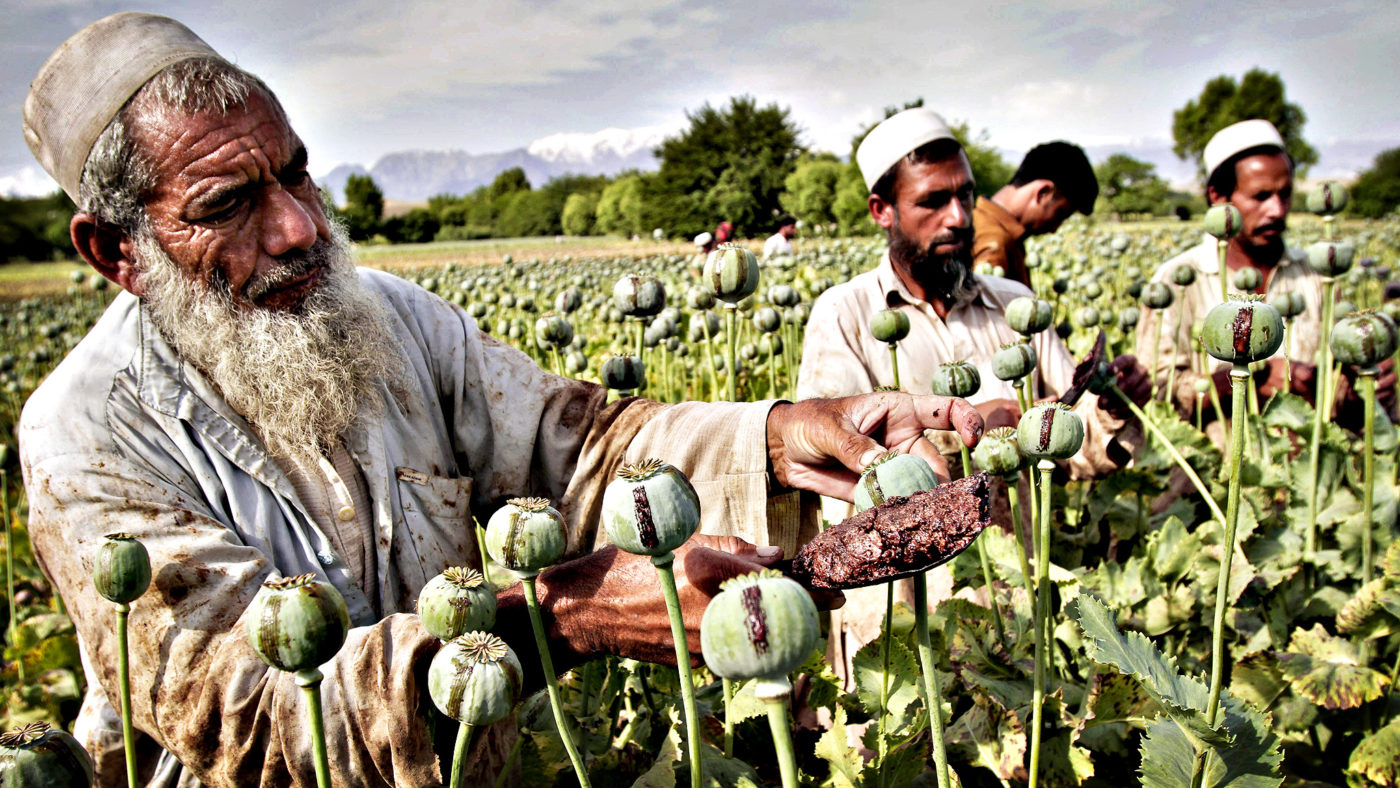 Afghan farmers collect raw opium as they work in a poppy field in Khogyani district of Jalalabad, east of Kabul, Afghanistan, Friday, May 10, 2013. (AP Photo/Rahmat Gul)

(BBC) – As NATO retreats from Afghanistan, the Taliban are rolling in cash and the movement is turning into a wealthy criminal enterprise, according to a United Nations report.

After a “bumper year” for earnings from narcotics and other illicit activities including kidnapping and unlicensed mining, some factions have become “mafia-like crime syndicates” motivated more by money than by religion, says the UN body monitoring sanctions on the Taliban.

The millions of dollars a month pouring into its coffers may keep the fighting going even longer – with some Taliban seeing peace as a threat to their profits.

It is an echo of the early stages of the Northern Ireland peace process when some elements of the IRA resisted negotiations for similar reasons.