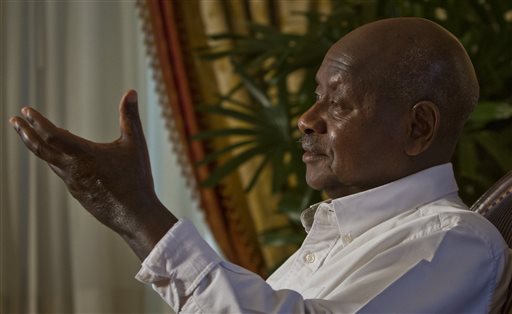 Republic of Uganda President Yoweri Museveni speaks during an interview, Tuesday, May 5, 2015, at the Waldorf Astoria in New York. (AP Photo/Bebeto Matthews)

(BBC) – Uganda’s Supreme Court has ruled that the practice of refunding a bride price on the dissolution of a customary marriage is unconstitutional and should be banned.

The judges said it suggested that women were in a market place, and infringed on their right to divorce.

But they rejected the argument that the bride price itself was unconstitutional.

Campaigners said that it turns a woman into the husband’s property.

Should a marriage end in Uganda, the wife had been expected to refund the bride price – often paid in livestock.