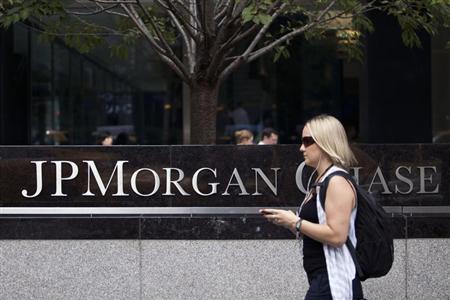 (Reuters) – U.S. prosecutors brought criminal charges on Wednesday against two former JPMorgan Chase & Co employees in the trading scandal that cost the bank $6.2 billion last year, but the trader nicknamed “the London Whale” because of the size of losses was not one of them.

Trader Bruno Iksil, who is cooperating with federal prosecutors, pushed back against the efforts of his former colleagues Javier Martin-Artajo and Julien Grout to hide the mounting losses, according to court filings.

Manhattan federal prosecutors charged Martin-Artajo and Grout, who each worked for JPMorgan’s chief investment office in London, with wire fraud and conspiracy to falsify books and records related to the trading losses.

The charges, the first to arise from a Federal Bureau of Investigation probe into the Whale scandal, say the two deliberately tried to hide hundreds of millions of dollars in losses on trades in a portfolio of synthetic credit derivatives tied to corporate debt. Such derivatives are financial instruments designed to bet on the probability of corporate default.