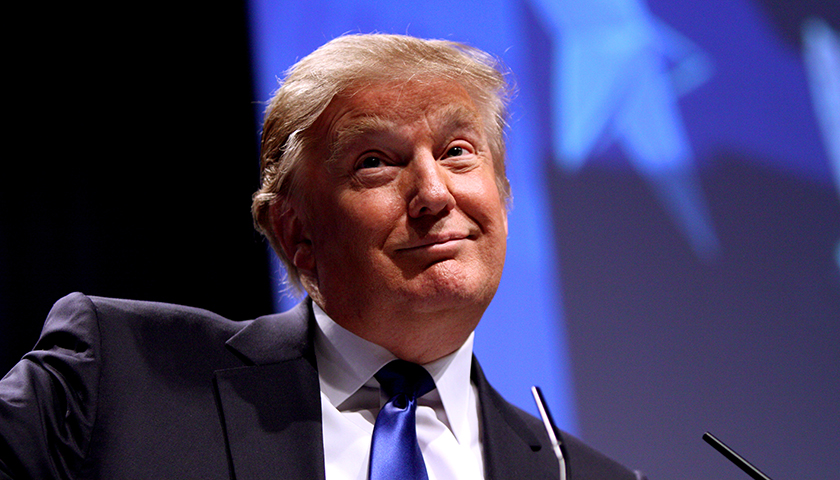 After a torrent of recent racial invective by the current President, commentators on both sides of the political isle are routinely referring to the President’s statements as the most racist they have seen in a lifetime.

On the morning of July 27, President Trump launched another racist attack on an African American member of Congress and the people he represents.

“Rep, Elijah Cummings has been a brutal bully, shouting and screaming at the great men & women of Border Patrol about conditions at the Southern Border, when actually his Baltimore district is FAR WORSE and more dangerous,” Trump wrote on Twitter. “His district is considered the Worst in the USA.”

Trump’s latest attack on a Black lawmaker and his majority Black constituency is nothing new. Rep. Cummings represents Baltimore, which is 60 percent Black and 34 percent white. CNN anchor Victor Blackwell, who hails from Baltimore, took notice of Trump’s habit of using the words “infested” or “infestation” when referring to people of color.

“That’s usually reserved for references to rodents and insects, but we’ve seen the president invoke infestation to criticize lawmakers before,’ Blackwell stated on the air on July 27.

“You see a pattern here? Just two weeks ago President Trump attacked four minority congresswomen. ‘Why don’t they go back to the totally broken and crime infested places from which they came.’ Reminder, three of them were born here; all of them are American. Infested he says,” the African American CNN anchor added.

Trump also used the word “infestation” in 2017 when he attacked civil rights icon and Congressman John Lewis, who represents parts of Atlanta.

“Mr. President, I go home to my district daily,” Rep. Cummings responded to Trump on Twitter. “Each morning, I wake up, and I go and fight for my neighbors. It is my constitutional duty to conduct oversight of the Executive Branch. But, it is my moral duty to fight for my constituents,” Cummings said.

Cummings told ABC News on July 21 that Trump’s “go back” remarks aimed at the four congresswomen, Reps. Alexandria Ocasio-Cortez (D-NY), Illan Omar (D-MN), Ayanna Pressley (D-MA) and Rashida Tlaib (D-MI), brought back memories of the racism he faced growing up in Baltimore in the 1960s.

Baltimore Mayor Bernard C. Jack Young wrote that Trump’s statement was, “completely unacceptable for the political leader of our country to denigrate a vibrant American City like Baltimore, and to viciously attack U.S. Representative Elijah Cummings, a patriot and a hero.”

“@RepCummings is a champion in the Congress and the country for civil rights and economic justice, a beloved leader in Baltimore, and deeply valued colleague. We all reject racist attacks against him and support his steadfast leadership. #ElijahCummingsIsAPatriot,” wrote Speaker Pelosi.

After a torrent of recent racial invective by the current President, commentators on both sides of the political isle are routinely referring to the President’s statements as the most racist they have seen in a lifetime. Few can find a President of the United States whose racist beliefs were so public.

Writing recently in The Atlantic on Trump’s attacks on Rep. Illan Omar, Adam Serwer pointed out, “To attack Omar is to attack a symbol of the demographic change that is eroding white cultural and political hegemony, the defense of which is Trumpism’s only sincere political purpose.”

“This is not about Omar anymore… It is about defending the idea that America should be a country for all its people. If multiracial democracy cannot be defended in America, it will not be defended elsewhere. What Americans do now, in the face of this, will define us forever,” Serwer concluded.

COMMENTARY: Trump threatens anti-fascists with being classified as “terrorists”?