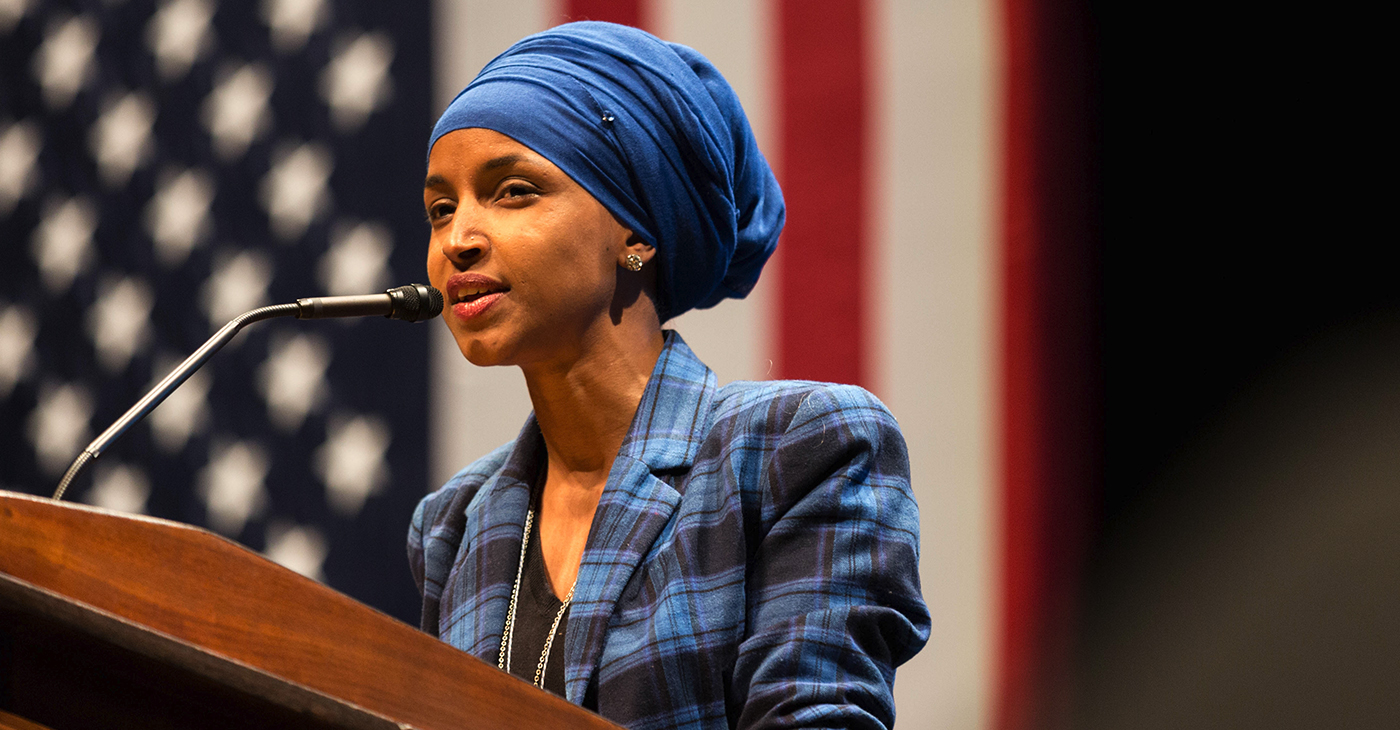 American politics appears to have hit a new low.

According to reports, Congresswoman Ilhan Omar has beefed up security following the vicious attacks she’s received and even news reports that paint her as un-American.

What’s worse, the attacks stem from tweets made against her by President Donald Trump.

“The criticisms of Congresswoman Omar, what Trump has been saying about her, is reprehensible,” said New Jersey Sen. Cory Booker, a Democratic presidential candidate.

“It is trafficking in Islamophobia, and should be condemned by everyone,” Booker said.

One of the first Muslim women to serve in Congress, Omar has come under repeated attack from the president and others, including Fox News as a result of her questioning America’s relationship with Israel.

“We will never forget,” Trump tweeted in all-capital letters recently, attaching a video that spliced together comments Omar made with footage of the Sept. 11, 2001 terror attacks.

Some media favorable to the president have also attacked Omar and despite death threats made against her, Trump has continued his assault by calling her –without any supporting evidence and against her denials – “anti-Semitic,” and “anti-Israel.”

“The kind of language this president uses, especially about black women in power, is toxic,” Booker said.

“It’s not enough to say, I’m not a racist. We must all be anti-racist,” he said.

The rhetoric by Trump and his allies against Omar have resulted in the Senator ramping up security, particularly as she’s received death threats.

Matthew Haviland, 30, of North Kingstown was charged after sending approximately 28 threatening emails on March 10 to a college professor, whose name and affiliation was withheld by federal officials. Haviland is facing federal threat charges and cyberstalking.

In an affidavit, FBI task force officer Richard Laft, Jr. wrote that the professor told authorities Haviland’s “views regarding abortion and politics have become more extreme” within the last year.

The professor, who had been friends with Haviland for about 11 years, believed Haviland’s views changed because “of the way the news media portrays” President Donald Trump, Laft wrote.

Authorities said Omar was among the Democrats whom Haviland threatened to kill.

Latagia Copeland-Tyronce, a writer and journalist out of Detroit, said as a black woman and social justice advocate, she knows “all too well what it feels like to be attacked for speaking up and out.”

“And, as such, I believe that there should be a zero-tolerance policy in regards to our black representatives in Congress,” Copeland-Tyronce said.

“We, as a people, cannot allow our black leaders to be attacked for their advocacy. I am a proponent of freedom of speech and freedom of the press, however, abuse and racism crosses the line and should be called out when and where it rears its ugly head,” she said.

Dr. Omekongo Dibinga, an American University professor and director of Upstander International, said it’s imperative that all stand up to bigotry.

“We need to fight fire with facts. I know that President Trump has ushered in the era of fake news and alternative facts, but I believe at the end of the day, the reality of his policies of lies and dissension will do him in, even with his followers as the effects of [Former President] Barack Obama’s positive economy begin to dwindle and they realized he never cared about them in the first place,” Dibinga said.

Shiwon Oh of Sogang University in Seoul, South Korea, said Trump’s presidency exposes a racist underbelly of America that has always been there from the beginning.

“He just gave validation to their opinions and beliefs that its influence is now seeping into mainstream media channels like Fox News,” Oh said.

“All people can do is continue countering the lies with facts, voicing their opposition to racial oppression, and urging their communities to be on the right side of history, even if it means being ridiculed by some,” she said.