Trump: Carson is 'Not a Great Religious Figure'
Advertisement 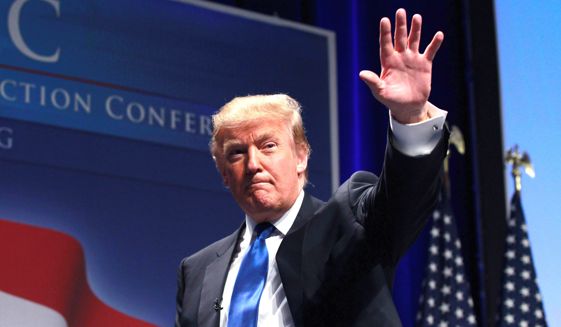 (Politico) – Donald Trump fired back at GOP rival Ben Carson on Thursday, blasting him for questioning his religious faith and remarking that the retired neurosurgeon was “perhaps an OK doctor” and made Jeb Bush, whom he has criticized as “low-energy,” look like the “Energizer Bunny” by comparison.

“I don’t know Ben Carson. He was a doctor, perhaps an OK doctor,” Trump said during an interview with CNN’s Chris Cuomo on “New Day.”

Carson, he said, is “not a great religious figure.”

“But for him to criticize me on my faith is absolutely—and for him to read from the Bible in his memory—it looked like he had memorized it about two minutes before he went on stage,” Trump said of a recent appearance in which Carson quoted scripture. “Ben Carson is not going to be your next president, that I can tell you.”