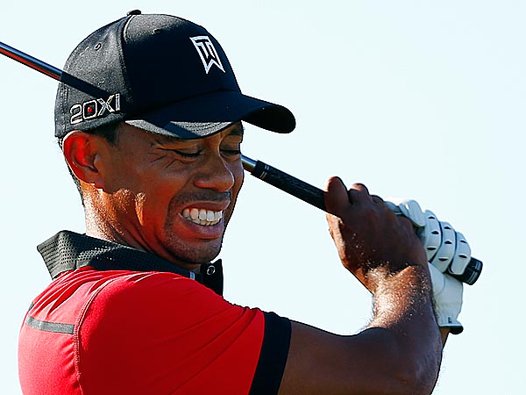 Tiger Woods, bad back and all, plans to make his regularly scheduled start in this week’s Deutsche Bank Championship.

“He is expected to play,” Rachel Rees, public relations manager for the Tiger Woods Foundation, which runs the second of four FedExCup playoff tournaments, told SBNation via email on Monday. ”

[Woods] will have a press conference post pro-am round on Thursday.” More: Tiger: ‘Not feeling my best’ Tiger’s Barclays comeback falls short Woods exited Sunday’s Barclays tourney with a share of second place and an air of uncertainty about whether his stiff back, which went into spasm during the final round at Liberty National, would enable him to participate in the Labor Day weekend contest that benefits his charity. MORE COVERAGE PGA Money Leaders Tour stats and rankings

“That’s all hypothetical right now,” Woods, who finished a shot behind Adam Scott last week, told reporters Sunday night about his ability to play this week. “I just got off and I’m not feeling my best right now.”

A Closer Look at Michael Vick vs. the Jaguars: What Went Wrong (or Right)