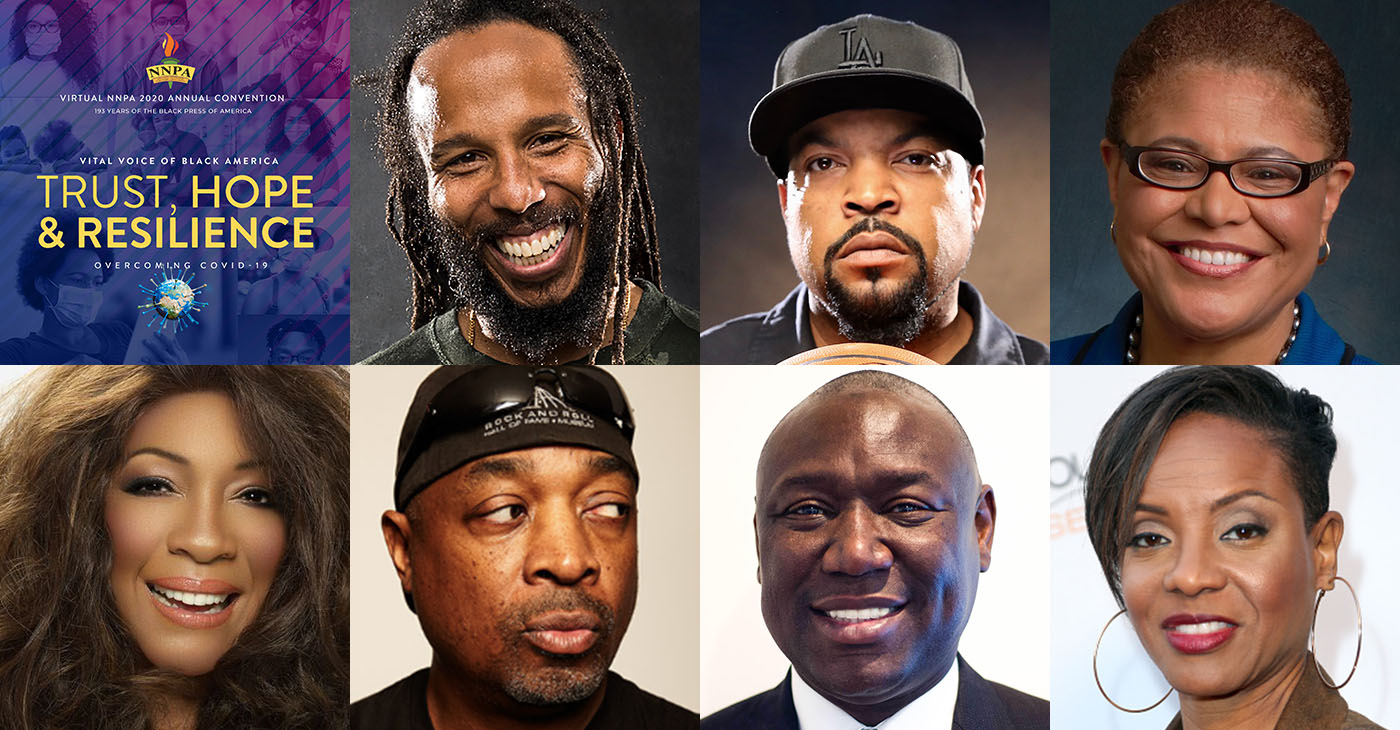 “Our publishers work so hard, and they have fought the good fight for so long, this conference and what NNPA has put together and accomplished with digital has let the world know how vital the Black Press is and always have been,” said NNPA Chair Karen Carter Richards.

The first virtual convention in the 80-year history of the National Newspaper Publishers Association (NNPA) earned a thumbs-up from partners and sponsors.

The successful event’s website, vitualnnpa2020.com, generated more than 55,000 pageviews to conference attendees in only two days. Several hundred thousand additional impressions were generated by social media posts and livestreams on Facebook and YouTube.

“We share in your excitement and applaud your efforts in successfully executing the first virtual NNPA Annual Convention,” Lester Booker, of General Motors Communications, wrote in a congratulatory email to NNPA President and CEO Dr. Benjamin F. Chavis, Jr.

“Over the past two days, I’ve had the opportunity to view some of the convention and was impressed with its content, execution, and professionalism,” Booker continued, noting that GM officials continue to value and appreciate the company’s more than 50-year partnership with the Black Press of America.

“The NNPA overall is pleased with the impact, the reach and the engagement across the United States and throughout the world for our first virtual convention,” NNPA President and CEO Dr. Benjamin F. Chavis, Jr., stated.

Chavis added that the NNPA remains most grateful to its corporate sponsors for helping to make the first virtual convention a success.

“We intend to let the world know that we appreciate our partners and sponsors and their support,” Chavis declared.

Claudette Perry, the NNPA’s executive administrator, stated that she’s breathing a sigh of relief that the convention was well-received by so many viewers.

“I was very delighted that many of the celebrities whose stories have been conveyed through the Black Press for decades showed their appreciation for our publishers with their congratulatory sentiments on our first virtual convention as well as their recognition of 193 years of the Black Press,” Perry said.

“To the NNPA in-house production team, I say thank you for all the great content and design you brought to the convention virtual space. You are awesome. I thank also the young people on the technology panel who had great advice for us ‘beyond millennials.’”

“To our corporate partners and sponsors I extend my deepest appreciation for their support of our 2020 convention. The NNPA will continue showing its support for each of you, post-convention and throughout the year.”

“The livestreams were amazing with all of the big names that we had it really brought an element that you don’t always see at a conference, and it really has helped to shine a spotlight on our publishers,” NNPA Chair Karen Carter Richards declared. “The shoutouts to the Black Press from people like Magic Johnson, Sen. Kamala Harris, Rep. Maxine Waters, Attorney Joey Jackson, Rev. Jesse Jackson, and the others were simply delightful.”

Richards noted that she’s grateful to the partners and sponsors of the NNPA, and she’s elated that each continues to support the publishers of the Black Press of America.

“That’s who I’m so happy for today,” Richards said.

“Our publishers work so hard, and they have fought the good fight for so long, this conference and what NNPA has put together and accomplished with digital has let the world know how vital the Black Press is and always have been.”

Terry Jones emphasized, “The Virtual NNPA 2020 Annual Convention was impactful across the nation and throughout the world via print, online and social media. The Black Press retains its relevancy as the trusted voice of Black America.”

“I thought it was time we show the larger scale folks that we do the same kind of work they do,” McNeir stated during the webinar.

“I’ve been with the Black Press for 25 years. I believe we have a story that is unique and significant, and it has not gotten old. We give the Black story, that’s who we are.”

Day 1 of the conference concluded with the NNPA National Townhall titled, “Education and the Future of Black America, From Pre-K to High School and onto College.”

The conference concluded with a star-studded awards ceremony and performances that included a stirring rendition of “You’ve Got a Friend,” by The Temptations, who dedicated their performance to the Black Press, two special songs by Supremes legend Mary Wilson and a pre-recorded performance by Ziggy Marley.

“I’ve received many awards throughout my life, but this one feels special to me,” Marley stated in accepting his award. “Music is a powerful tool. Human beings have powerful beings. We can achieve whatever we wish to achieve if we are willing to do what it takes to achieve it. Standing up or kneeling down.”

“Receiving the Outstanding Congressional Leadership Award, I am humble. The work that we have done together over the last few years have been so important to us as a nation, but also to me personally,” Representative Bass stated. “I will take this award and continue to work on behalf of Black America.”

Before concluding the night with a special recorded music mix by DJ D-Nice, hip-hop legend, actor, and entrepreneur Ice Cube received the Artist of the 21st Century Award.

“It’s an amazing honor and would like to thank everyone responsible for getting me this award,” Ice Cube stated. “This is a very cool honor from the Black Press of America. I’ve learned from some of the artist who’ve come before me that just being an artist and not trying to move the social landscape forward in some way, shape, or form is a waste of opportunity.”

Opinion: Lawmakers Can Get Thousands Back to Work By Greenlighting Stalled Projects