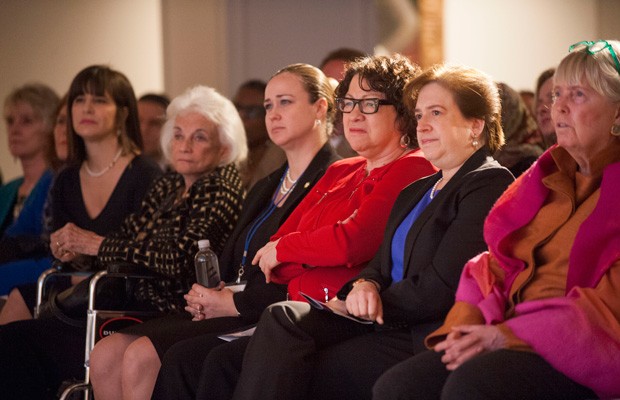 Supreme Court Justices Elena Kagan and Sonia Sotomayor sit with former Justice Sandra Day O’Connor and others at the Seneca Women Global Leadership Forum, April 2015, at the National Museum of Women in the Arts in Washington. (AP Photo)

(American Progress) – Women make up a majority of the U.S. population.

Don’t Be a Victim, IRS Warns: Tax Scams on the Rise