THE RELIGION CORNER: If It Is to Be…
Advertisement 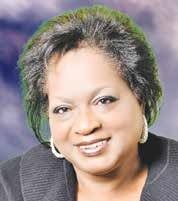 by Lyndia Grant
Special to the NNPA from The Washington Informer

Schools across the Washington Metropolitan Area opened recently; a fresh, new opportunity for parents to get it right this year! We must work diligently to bring the educational level of our children in the African-American communities up to a more acceptable level. The late, great, Dr. Calvin W. Rolark often said “If it is to be, it’s up to me!”

Reading aloud to little children remains critical as it relates to their ability to learn! How your children excel in school depends on you – mothers and fathers – reading to them – helping with numbers, teaching them alphabets at an early age.

According to the U.S. Department of Education, in a study titled, “The Condition of Education,” the report stated that “The percentage of children who engaged in certain literacy activities in 2005 varied by parents’ education and race and ethnicity. Children whose parents had at least a high school diploma or equivalent were more likely to be read to and taught letters, words, or numbers than those children whose parents had less than a high school diploma. White children were more likely than Black or Hispanic children to have a family member read to them.”

The purpose of this column is to share with you a black family’s success of overcoming great odds in Riverdale, Georgia, near Atlanta. Reenita Shepherd, a mother of four became homeless, lost her job and then learned that she had cancer. She relied on her faith and reached out to her children’s teachers, social workers, school counselors, principals, and others. All of these people actively engaged in and impacted her life. Their assistance and caring attitudes helped her to ensure her children’s success despite their living conditions.

Shepherd, grew up as a foster child, with teachers and social workers as role models. She relocated to Atlanta, Georgia in 1996 and began teaching at the Head Start program where she enrolled her children.

Diagnosed with cancer, her husband walked out and left her with the children, she eventually became homeless, and moved the family to a shelter; but the story doesn’t end there.

Take a look at what happened.When her daughter Chelesa Fearce had to study for exams at night, she would read her books using the light from her cell phone because it was dark in the homeless shelter after a certain hour; the family slept in their mother’s car at times, as well.

Chelesa graduated as Class Valedictorian with a 4.529 GPA. After achieving a final grade point average of 4.466, she was named valedictorian at Charles Drew High School in Riverdale, Georgia in 2013. She entered Spelman College as a junior on a full scholarship.

Chelesa said in a TV interview, “I just told myself to keep working, because the future will not be like this anymore. You’re worried about your home life and then worried at school. Worry about being a little hungry sometimes. You just have to deal with it.”

Today, Chelesa’s enrolled at an outstanding women’s university. However, she isn’t the only one making her family proud. Her sister, Chelsea, graduated as the salutatorian of her class at George Washington Carver High School in Atlanta last year. It all started with their mother reading aloud to her children on a regular basis.

The girls have appeared on numerous national TV and radio shows. They will soon appear as guests on OWN – The Oprah Winfrey Network.

Tune into my radio show on Friday, September 5 at 6:00 p.m., and listen to an interview with Reenita Shepherd and both of her daughters. Reading to your child can make all the difference in the world. Tell yourself – “If it is to be, it’s up to me!”