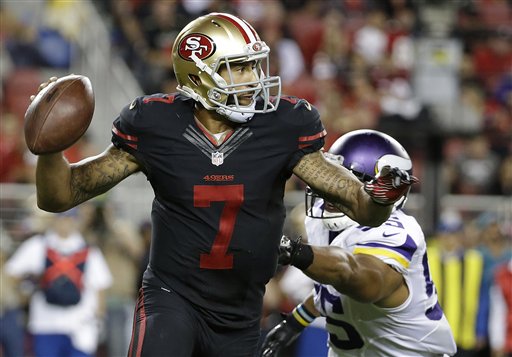 (USA Today) – Does anyone have any idea what NFL teams are good this season?

After two weeks, the Patriots and the Packers look like good, strong, playoff-bound teams. After that, who knows?

The Seattle Seahawks and Baltimore Ravens, two teams that a lot of experts picked in a possible Super Bowl matchup, are both 0-2. The general consensus is that both these teams will figure it out, but 0-2 is no tiny hole in an NFL season. If either team slips up next week, it gets really difficult all of a sudden. (And come on Ravens, losing to a banged-up Derek Carr and the Raiders?)

In Week 2, the team most picked in eliminator challenges was the New Orleans Saints over the Tampa Bay Buccaneers in the Superdome. The Bucs looked awful in Week 1, getting dismantled by the Marcus Mariota-led Titans, and the Saints have one of the best home-field advantages in the league.

The Saints lost to the Buccaneers.