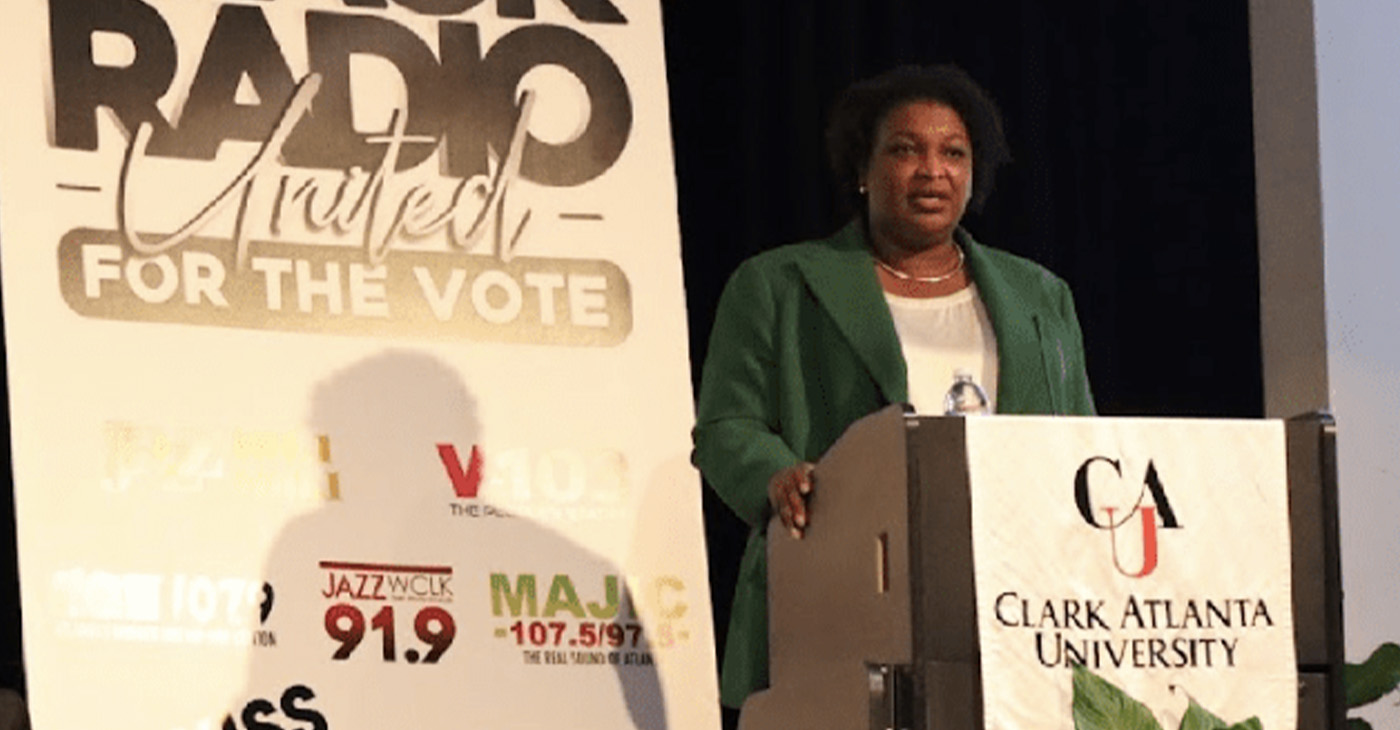 By Donnell Suggs | The Atlanta Voice

Lakewood Heights, Ga. – Gubernatorial candidate Stacey Abrams came out of a side door and greeted a small crowd that managed to generate raucous applause. She was in her element, among Democratic supporters Wednesday night at an event space in Southwest Atlanta.

The large ballroom at Ali at Lakewood, a local event space that shares a building on Jonesboro Road with Black Coffee, a black-owned coffee shop, was half-full but that did not stop Abrams from pouring on the charm and buttering up the crowd before sitting down with that evening’s host, radio personality Rashad Richey, to talk about her future plans for Black small business owners.

Those plans only go into effect if she wins the gubernatorial election on Election Day, November 8. The impact of what can follow Abrams if she does win reminds her of a certain former Atlanta mayor. Abrams is inspired by the road he took and the immense changes he put in place once he became the first Black mayor in Atlanta’s long history as ’The city too busy to hate.’ The kind of groundbreaking and transformative leader she plans to become for Georgia if she is elected. “I intend to be the Maynard Jackson for the state of Georgia,” she said. 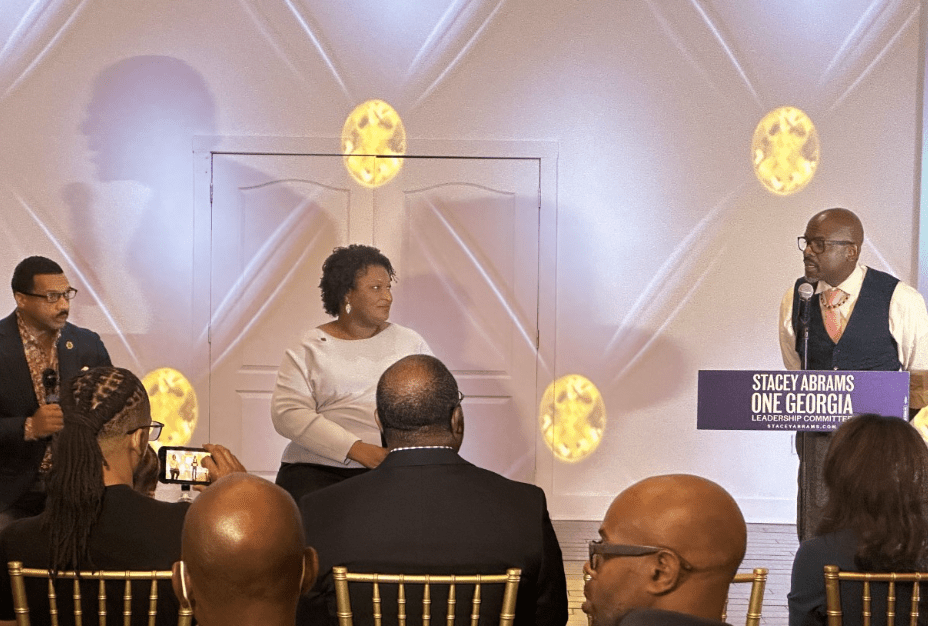 Abrams’ plan for minority businesses has four C’s: capital, contracts, college & childcare, according to a flyer that was being handed out to guest and the media.

Less than 1% of the primary construction and development contracts in Georgia are awarded to Black-owned companies. Less than 10% of those federal contacts are awarded to companies owned by people of color. Before Jackson arrived at City Hall those numbers were even worse.

“The governor has the authority to determine how we allocate resources,” said Abrams. “We don’t need legislation, we need leadership.”

Attendees came to the microphone to ask Abrams questions about how she would do more to help small businesses thrive if she became governor. Abrams, who will need a stronger than usual midterm voter turnout from Black voters in order to unseat current Governor Brain Kemp, came prepared with plans for Georgia businesses. She was once a small business owner and understands the paperwork and pitfalls of working for yourself while depending on public support. “As governor I’m going to push for equity across the board,” Abrams said.

She has a plan to create an entrepreneur learner’s permit to make starting a business less of a financial Scarlett letter if that business happens to fail. Abrams asked the crowd how many of them had started a business and had to go back to the drawing board in order to regroup. A large majority of the room raised their hands.

On the college and childcare portion of the plan. Abrams wants to expand Medicaid, creating more than 60,000 jobs, and restore tuition-free technical college while also expanding access to the HOPE scholarship.

From Bankhead to Buckhead

Abrams spoke of making a concerted effort to talk to voters from “Bankhead to Buckhead.”

On Tuesday Abrams made an appearance at Clark Atlanta University for the Black Radio United For the Vote town hall. Kemp, Senator Reverend Raphael Warnock (D-GA), Bee Nguyen and Jen Jordan were also in attendance. Herschel Walker, currently defending accusations of having paid for an ex-girlfriend to have an abortion and from social media attacks from his son Christian, did not attend. Last week Friday she was at local bar and lunge, Atlantucky, to address Black male voters.

With two weeks remaining till early voting begins Monday, Oct. 17 there aren’t too many places Abrams can’t be seen. That said the promise to help small business owners was the ficus Wednesday night in Lakewood Heights.

Pedicabs ATL owner Jay White took the podium and asked about Abrams plans to help businesses like his. With the World Cup coming to Atlanta in just a few years his business will be one of the many that could make a year’s worth of profits in a short period of time. He wants to make sure his small business isn’t left out when time comes to apply for permits.

The post The ‘Maynard Jackson of the State of Georgia’ is asking for your vote appeared first on The Atlanta Voice.

COMMENTARY: The cruelty of exploiting vulnerable people for political advantage