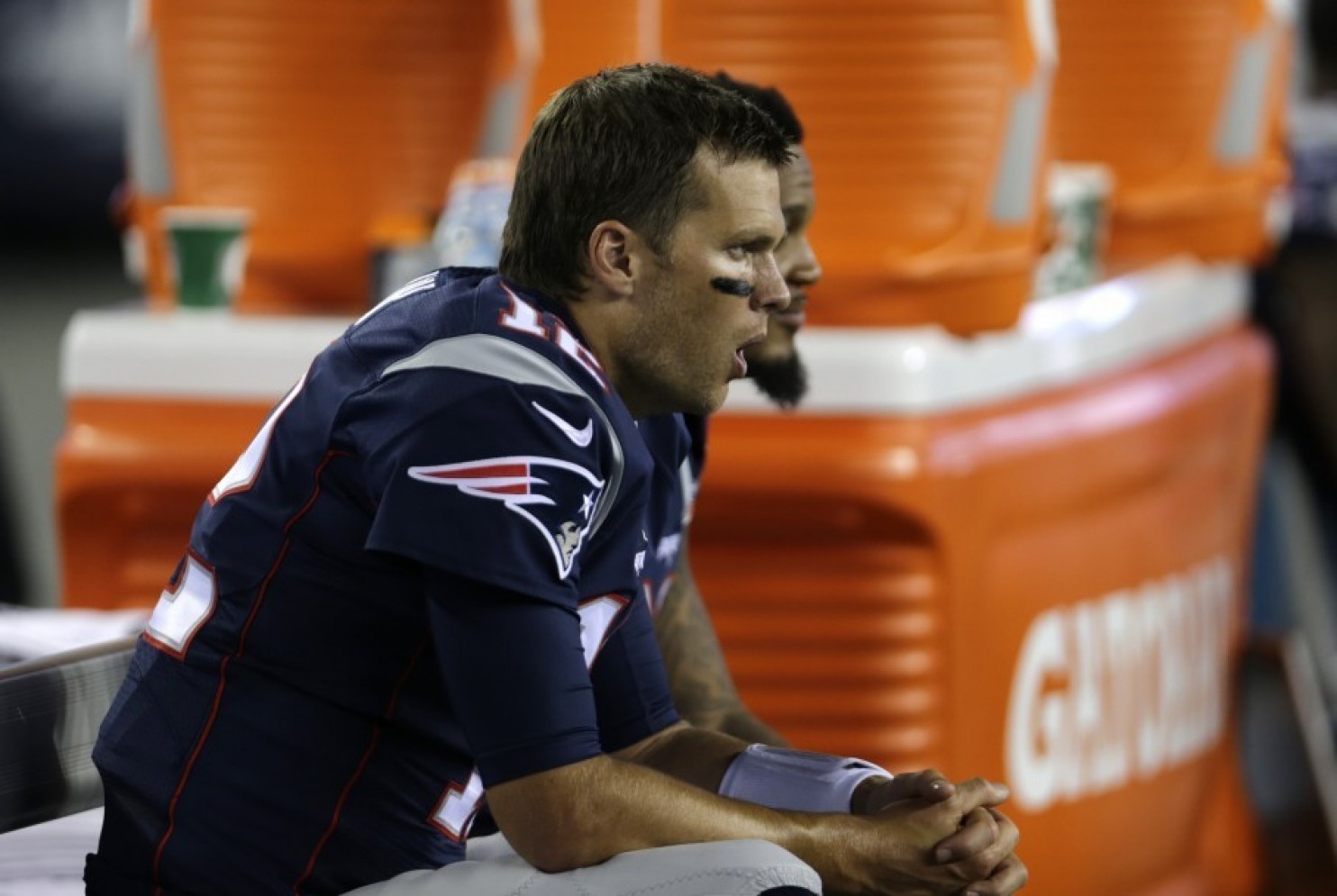 NEW YORK (AP) — The latest on a federal judge’s decision to overturn the NFL’s four-game suspension of New England Patriots quarterback Tom Brady in the “Deflategate” scandal (all times Eastern):

NFL spokesman Brian McCarthy says that while the league is appealing the federal judge’s decision in “Deflategate,” it isn’t seeking an emergency stay.

The Patriots open Sept. 10 against the Pittsburgh Steelers.

A person with knowledge of Greg Hardy’s plans says the NFL Players Association will be consulted over whether the Dallas defensive end will challenge his four-game suspension in court after a federal judge tossed Tom Brady’s punishment.

The person, speaking on condition of anonymity because a decision hasn’t been made, said Thursday that Hardy would seek a recommendation from the union.

Hardy was suspended for his involvement in a domestic violence case in North Carolina while he played for the Carolina Panthers. He was on the commissioner’s exempt list for all but one game last season while his case was still in the legal system. He received his $13 million salary.

A 10-game suspension from Commissioner Roger Goodell was reduced to four games by arbitrator Harold Henderson in July.

Goodell suspended Hardy after the NFL saw photos and other evidence that led the league to conclude the 27-year-old player roughed up ex-girlfriend Nicole Holder in his apartment in May 2014. He was convicted by a judge, but the case was thrown out on appeal when Holder couldn’t be located to testify.

Patriots owner Robert Kraft says his team can finally return its focus from “Deflategate” to the game on the field.

Kraft said in a statement Thursday that he is grateful for the “thoughtful” decision by U.S. District Judge Richard Berman to overturn the NFL’s four-game suspension of Tom Brady over underinflated footballs in a playoff game last season.

Kraft says Brady is of the “highest integrity” and represents everything that is great about football and the NFL.

Kraft says the league’s lawyers insisted on imposing and defending unwarranted discipline, despite having no evidence of wrongdoing.

Goodell said in a statement Thursday that it’s paramount to protect the integrity of the game and his office’s responsibilities under the collective bargaining agreement with players.

DeMaurice Smith said in a statement Thursday that the players contract does not allow Goodell to be arbitrary and misleading when he uses his power to discipline players.

Smith says the decision by U.S. District Judge Richard Berman should signal to all NFL team owners that collective bargaining is better than legal losses, leading to “far better results.”

Sports books in Las Vegas are shifting their odds on the Patriots now that a federal judge has ruled quarterback Tom Brady can play right away.

Odds compiled by gambling expert R.J. Bell of Pregame.com show New England’s chances of winning the Super Bowl at 8-1, compared with 10-1 before the resolution in the “Deflategate” scandal.

The ruling erased a four game suspension dished out by the NFL in the dispute over underinflated footballs in the AFC championship game last season.

Had the suspension been upheld, the Patriots would have started Jimmy Garoppolo instead of Brady.

The Patriots are letting a photo do their talking on “Deflategate.”

Team owner Robert Kraft and coach Bill Belichick have not yet commented on a judge overturning the four-game suspension of quarterback Tom Brady on Thursday, but the team tweeted a celebratory photo of its star.

The federal judge who overturned a four-game suspension for Tom Brady says the discipline over underinflated footballs was NFL Commissioner Roger Goodell’s “own brand of industrial justice.”

Berman says that includes failing to notify Brady of potential penalties equivalent to what would be imposed on a player who used performance-enhancing drugs.

The judge says Brady was also denied equal access to investigative files, including witness interview notes, and didn’t have a chance to examine one of two lead investigators.

The written decision frees Brady to prepare for the Sept. 10 season opener against the Pittsburgh Steelers.

New England Patriots quarterback Tom Brady can suit up for his team’s season opener after a judge erased his four-game suspension for “Deflategate.”

The surprise ruling by U.S. District Judge Richard Berman came Thursday after more than one month of failed settlement talks between the NFL and its players’ union. Many legal experts believed the judge was merely pressuring the sides to settle when he criticized the NFL’s handling of the case at two hearings in August.

But the judge wasn’t posturing.

He came out forcefully in Brady’s favor, maligning the NFL for its handling of the scandal that erupted after the AFC championship game in January, when officials discovered during the first half that Brady used underinflated footballs. New England beat the Indianapolis Colts 45-7 then won the Super Bowl two weeks later.