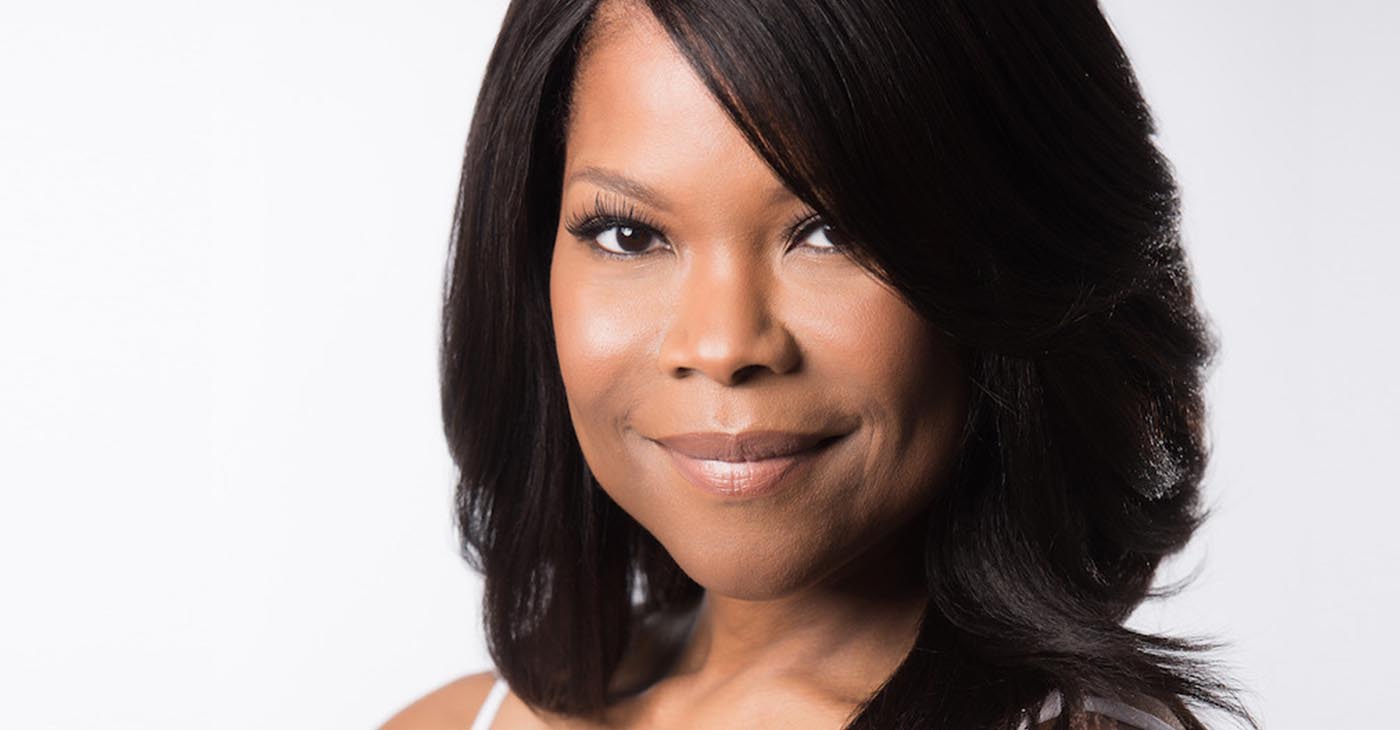 Angela Robinson auditioned for her role of Veronica Harrington on OWN Network’s “The Haves and The Have Nots” under devastating circumstances. “My best friend was visiting and her father in-law passed away,” she recalls. “So I had her and her husband and their children over and I got a call that they wanted me to send in a tape for Veronica. You know, to audition on tape and then send it in. I really didn’t think I could do it because there were so many people there and they were going through a rough time but my husband felt like I should do it.”

That advice from Robinson’s husband of over twenty years, Scott Whitehurst, was a word in due season. “I pretty much waited until everybody went to bed,” Robinson recalls. “And stayed up all night filming it and sent it in. I got the call that they wanted to fly me in and meet Tyler Perry and audition for him in person. I did that and the next day I got the offer.”

Because Robinson, who has an extensive career in theater, had already worked on The Color Purple on Broadway, she was already acquainted with Oprah Winfrey, owner of OWN Network on which The Haves and The Have Nots airs. “She is just like Tyler Perry,” Robinson explains. “Her persona in real life is just as she is in her public life.” Robinson shares that Winfrey is not only as warm as she seems on screen but she also walks her talk in terms of supporting women. “She is extremely supportive. When I won the Gracie Award a few years ago, for my work on the show, she took the time to congratulate me and take some pictures with me. It is just an honor always to be in the presence of people who are doing such great things.”

Although the Florida born and raised Robinson has been playing Veronica for a number of years now, the character’s out of this world shenanigans still regularly shock her. “Every time I get  new script and read it, I think ‘Oh my goodness! Probably the one thing I was really disturbed by was when she had Wyatt raped.” Still, Robinson can see some humanity in Veronica’s cold and calculating character. “Everything great about Veronica- her smarts, the fact that she is a Black women who is a self made millionaire–all of that came because she was a perfectionist, they came because she was controlling, it’s how she fought her way out of the ghetto and made something of herself.”

Robinson has relished the opportunity to play the powerful, though dastardly, diva. “I trained as an actress so I envisioned myself playing all sorts of characters.” Being so different from the type of person Robinson herself is, she admits it is a process to construct Veronica. “You sort of have to break the character down to what their temperament is,” she begins. “Then you play that temperament as opposed to thinking about the whole character.”

In real life, Robinson admits she personally feels most powerful when she is able to say no. “When I choose me or my family or my values, whatever it is, when I choose those things over being seen or the job or the money, when I choose myself or my well-being or family I feel very much empowered when I do that.”

This clarity when it comes to priorities perhaps owes much to the lessons she learned from her father with whom she was very close, and who passed away a few years ago. She says wistfully, “I carry him with me every day. There are so many stories he told me like fifty times,”  she laughs “That I didn’t want to hear anymore but now I would give anything to hear.” One of the most poignant of those lessons took place on a drive through Florida when Robinson was an impatient ten year-old. “We were at a toll booth. Back then, you threw the quarter in and then you wait for the light to change and you keep going. There were no people manning the toll booth. I remember my dad was looking around for a quarter and I was like, ‘Dad, nobody’s looking. Let’s just go!’ My dad said to me and I never forgot it, “You wanna have integrity, no matter who’s looking. I’ve tried to always live by that.”